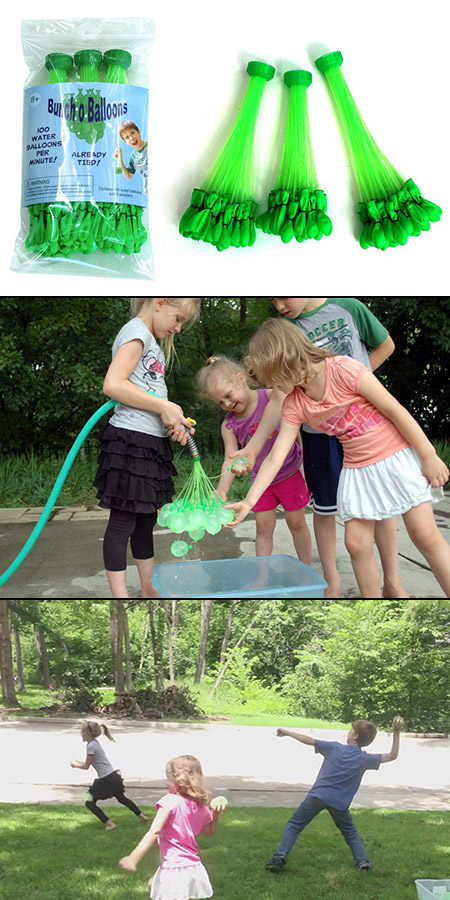 The problem with water balloon fights is that filling them up takes quite a while to say the least, but thanks to Bunch o Balloons by geeky father of eight Josh Malone, that will never be an issue again. As you can see in the prototype video above, you simply connect a water house and the mini water balloons will be filled up in 1-minute or less. Continue reading for the official launch video and more information.

Bored Panda says, “The fixture works by splitting a water hose’s stream into 37 separate hoses, each of which fills a small water balloon. These water balloons each have their own small black elastic band, which means that they close themselves when the user gently shakes them off of the hose.” Kickstarter page.

5 Strange Products That Are Designed to Let You Nap Anywhere