A brilliant green fireball was captured streaking across the skies in the United Kingdom on multiple doorbell cameras. It was then confirmed by the UK Meteor Network after fifteen of its cameras picked it up at 12:39 am on Thursday, May 12, 2022. Residents of Cornwall, Stockport, Southampton, London, Wigan, Birmingham, South Wales, Manchester, West Sussex, and Hertfordshire all reported seeing the fireball.

Richard Kacerek, founder of the UK Meteor Network, stated that according to the UK Meteor Network data, the meteor had a terminal altitude of around 30km above the ground and a velocity of 6.9km/s. This data means there is a potential fall, but unfortunately, it most likely fell into the Bristol Channel, so you would definitely need some scuba diving gear. Speaking of things falling from the sky, this fireball in China actually turned night into day since it was so bright. 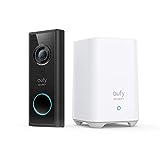 Visually it was quite spectacular, with a green color, with the different colors usually pointing to the composition of the meteoroid,” said Richard Kacerek, founder of UK Meteor Network.