We gave you a first look at the 13-foot Hankook Mirae Method-2 Robot Suit last week, but now, it has successfully performed the first walking test. At 1.5-tons, a human pilot sits inside the cockpit where there are controls to move the arms, which weigh 286-pounds each. While the current prototype is tethered, future models should be able to move more freely, according to the company’s chairman Yang Jin-Ho. Continue reading for another video and more information. 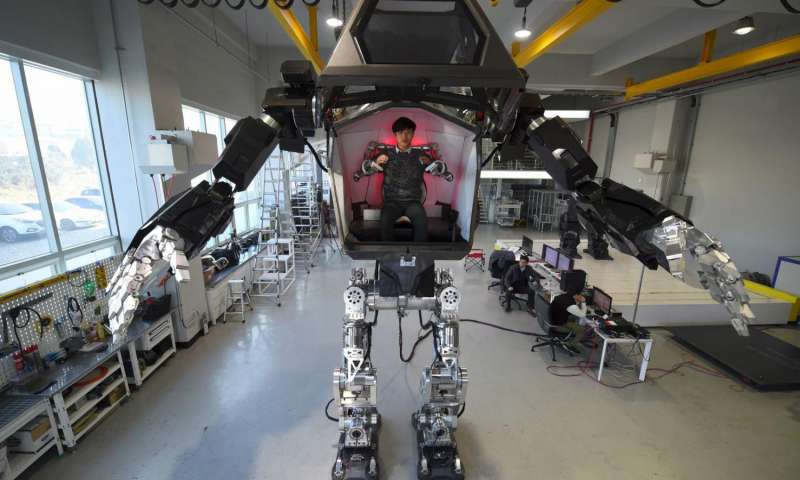 “Yang said they have already received inquiries from industries ranging from manufacturing and construction to entertainment. There have even been questions about its possible deployment along the heavily fortified Demilitarized Zone with North Korea. He said the robot will be ready for sale by the end of 2017 at a price of around 10 billion won ($8.3 million),” reports Phys.org.