The Mercedes-Benz Zetros 6×6 luxury expedition vehicle lets you go anywhere, but with all the creature comforts of a 5-star hotel. Powered by a 7.2L in-line six-cylinder delivering 326-horsepower, but it boasts a marble floor bathroom with underfloor heating, sleeping areas, two flat panel displays, a satellite dish with high-speed internet, a Bose audio system, an on-board water system for drinking water, and a separate rear vehicle bay that can accommodate an ATV. Continue reading for five more cool facts about the Zetros lineup. 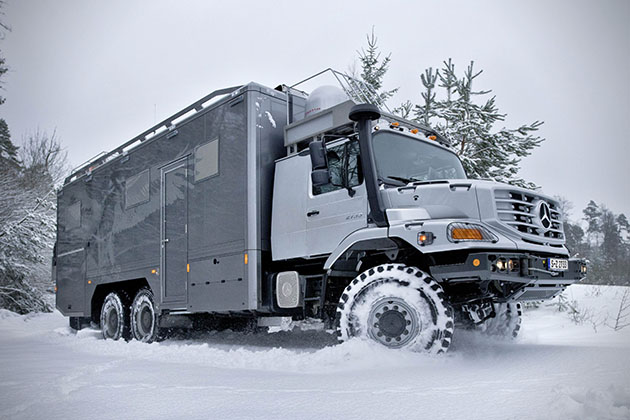 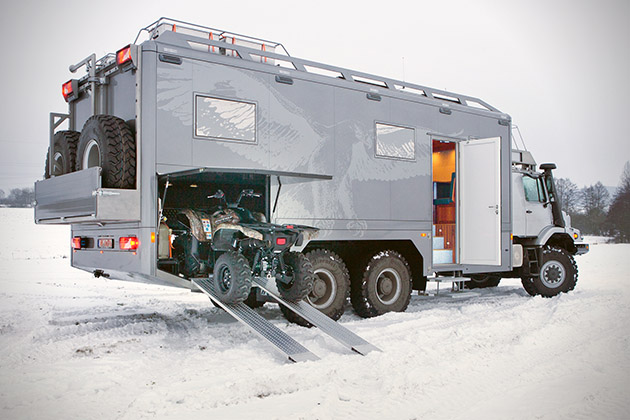 Although normally used as a truck, the Zetros has also been put to work as an off-road tractor unit in the middle east.[3] The Zetros Secutor is a tractor unit for heavy agricultural applications. 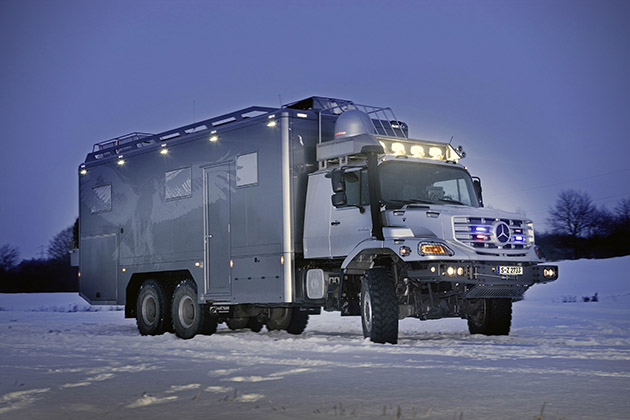 The Bulgarian army ordered the Zetros in 2009 to transport personnel and supplies. As of 2012, it operates 335 trucks with 30 more on order. 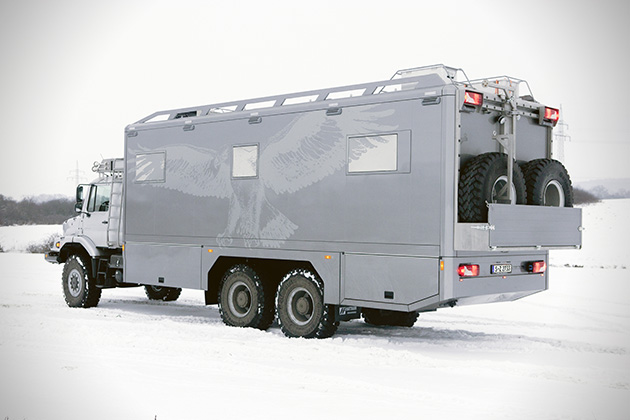 The Zetros is one of 14 Mercedes-Benz vehicle models featured in the 2013 film A Good Day to Die Hard.

1. Every Model Has All-Wheel-Drive 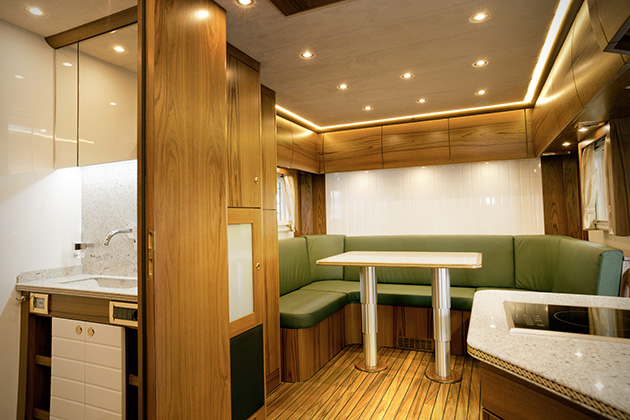