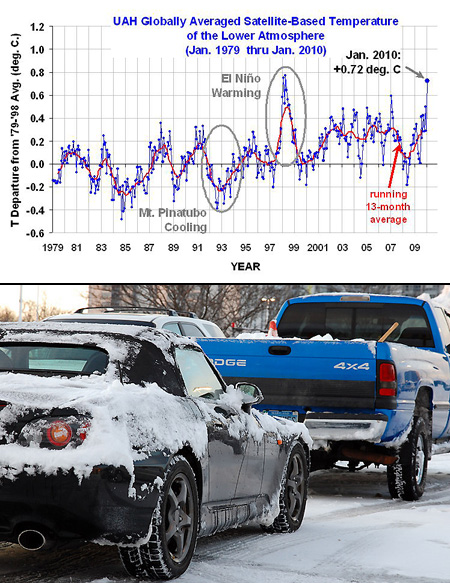 According to Climate Progress, “thee global-average lower tropospheric temperature anomaly soared to +0.72 deg. C in January, 2010,” making it the hottest January on record, or at least in the “32-year satellite-based data record.” In other news, click here to watch a Honda S2000 — equipped with Bridgestone Blizzak tires of course — have some fun in the snow.

Of course, right now we’re only in a moderate El Nino. In 97-98, we had a monster El Nino. And Spencer doesn’t mention that this record is especially impressive because we’re at “the deepest solar minimum in nearly a century.”

[via Climateprogress – image via]