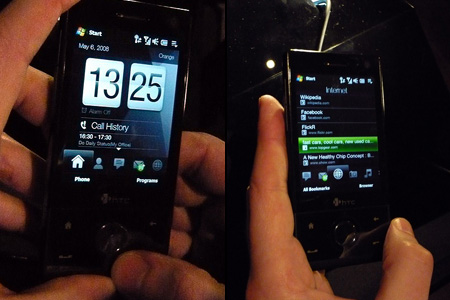 The Touch Diamond makes use of GPU accelerated procedural graphics, so you will not see a backward-compatible TouchFlow 3D update for the current Touch. It’s capable of doing 7-8mil polygons per second. HTC has made hiding WinMo away something of a priority; CMO John Wang stated, “You wouldn’t even know this device was Windows Mobile. You would just think it’s TouchFlow 3D.”