For those who have never heard of the Atari Portfolio, it’s a PC-compatible palmtop computer that was released by Atari Corporation in 1989, making it the world’s first palmtop computer. It appears in the film Terminator 2: Judgment Day, where it is used by the young John Connor to bypass security on an ATM with a ribbon cable connecting the Portfolio’s parallel interface to a magstripe card. Continue reading for two videos, more pictures, and additional information. 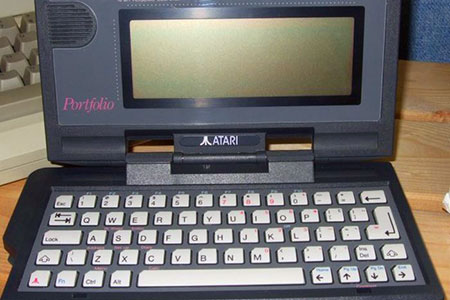 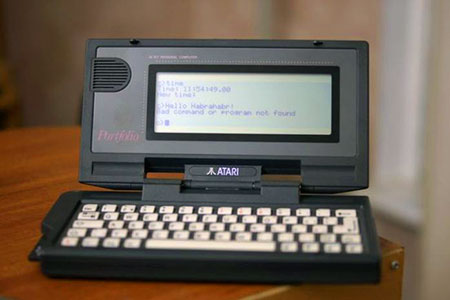 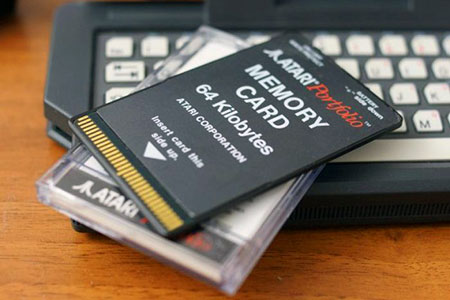 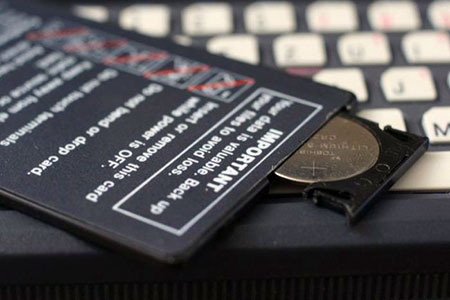 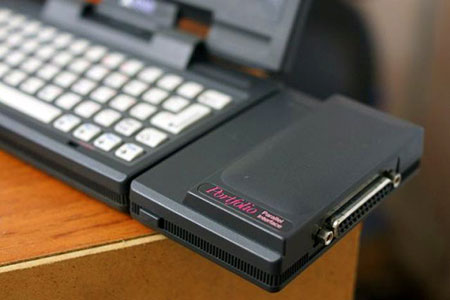 This setup also appears a second time in the movie, when John uses it in the Cyberdyne Systems lab to retrieve the key to the vault containing the arm and CPU of the first Terminator. The Portfolio uses an Intel 80C88 CPU running at 4.9152 MHz and ran “DIP Operating System 2.11” (DIP DOS), an operating system mostly compatible to MS-DOS 2.11, but with some DOS 2.xx functionality lacking and some internal data structures more compatible with MS-DOS 3.xx. It had 128 kB of RAM and 256 kB of ROM which contained the OS and built-in applications. The on-board RAM is divided between system memory and local storage (the C: drive). The LCD is monochrome without backlight and had 240×64 pixels or 40 characters x 8 lines.

Star Wars Jacket Ever Turns You Into Chewbacca, Might Be Coolest Yet