Photo credit: Lets Go Digital
We have seen the future of mirrors, and they can either be used normally, or as a television set. LG first applied for a “Mirror Display” patent back in 2017, and it was just published on March 5, 2019 by the USPTO (United States Patent and Trademark Office). Unlike Samsung’s mirror TV, LG’s offering boasts touchscreen functionality, thanks to an in-cell touch sensor. In other words, the company is able to integrate a touch screen without added thickness. Read more to see the patent and for additional information. 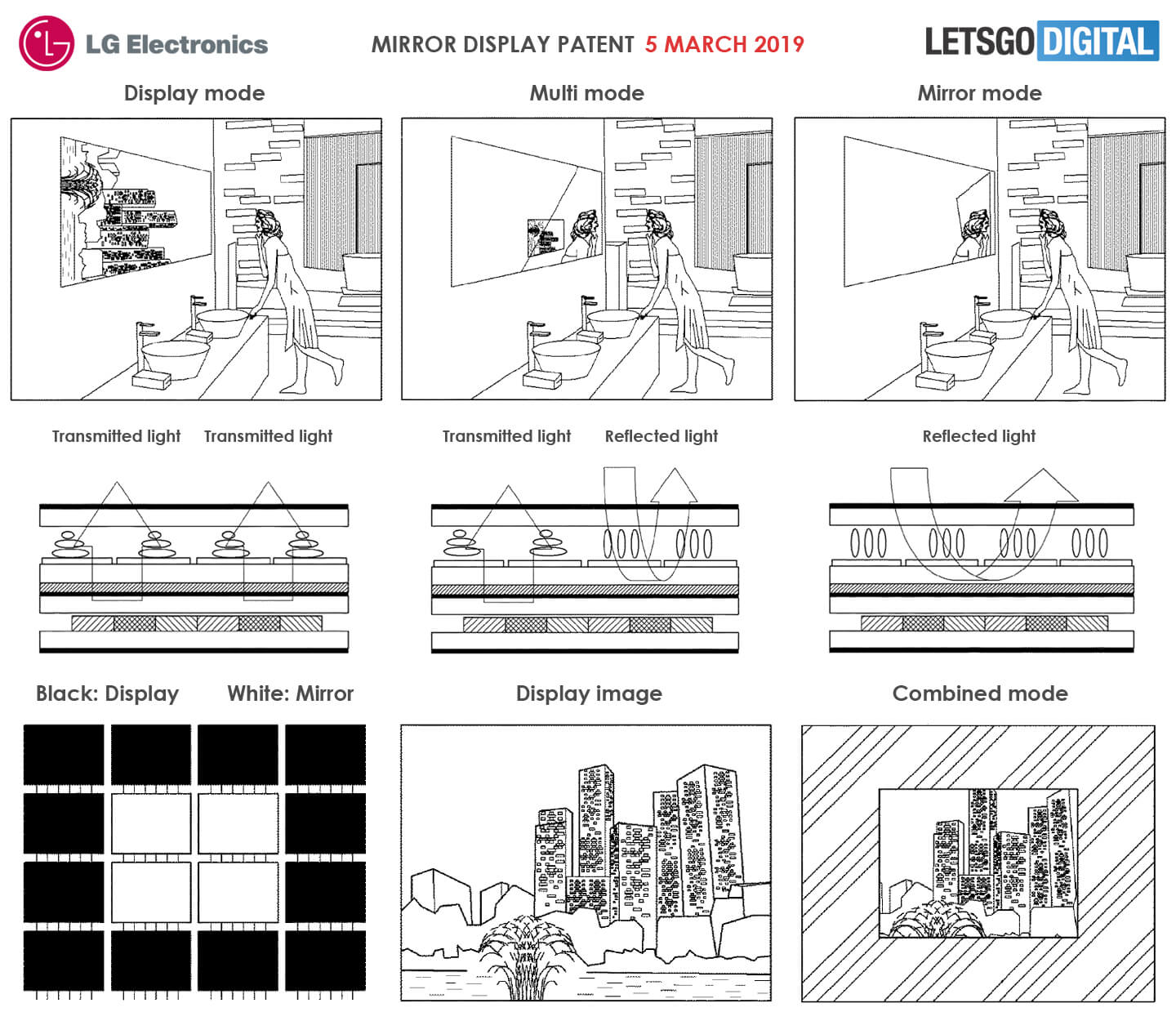 There are three modes: display mode is just a regular television; a mirror mode where the entire screen becomes reflective; a third mode that combines both. In the later, the TV images are shown in the middle of the screen, while the edges function as a mirror, made possible since the Mirror Display consists of sixteen individual surfaces, which are each equipped with different sensors.