Finally, the 2015 McLaren P1 GTR has officially been revealed, and it’s definitely no slouch. Packing a 3.8L twin-turbocharged V8 engine, paired with an electric motor, that generates a monstrous 986 horsepower (789 from the petrol-powered engine and 197 ponies from the electric motor). To keep the weight down, the vehicle’s body panels are crafted from ultra lightweight carbon fiber, including the new roof and engine cover – components that were previously glass. Continue reading for another video, more pictures and additional information. 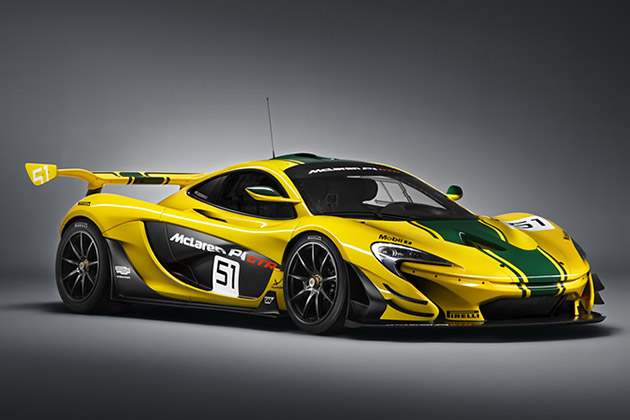 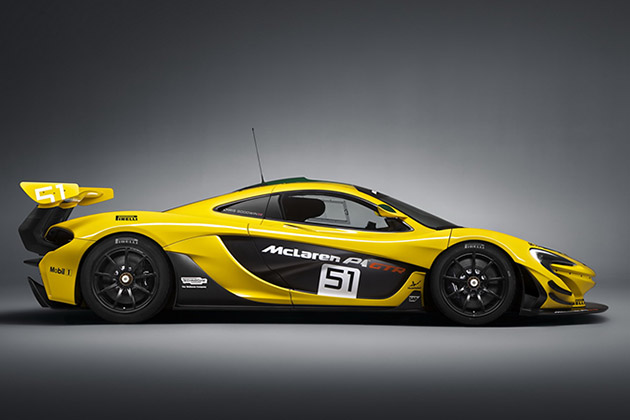 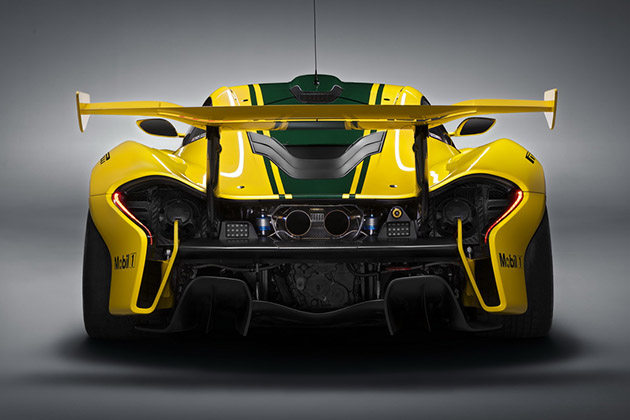 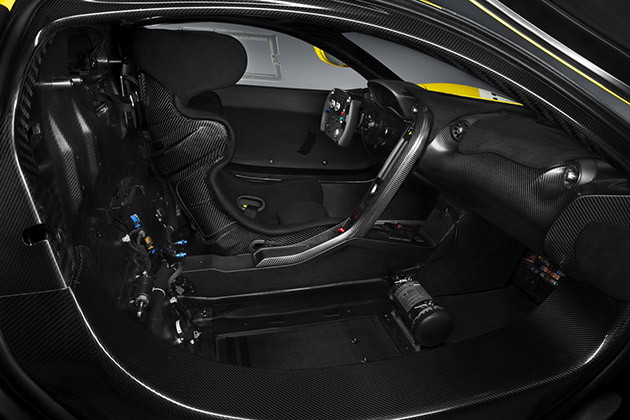 “The side windows are now plexiglass and the addition of a titanium exhaust helped the overall weight loss come in at a solid 110 pounds. Thanks to enhanced aerodynamics, the P1 GT-R has the ability of generating 1,455 pounds of downforce at speeds of 150 miles per hour, and you better believe those 19-inch alloys wrapped in Pirelli slicks aren’t hurting the cause,” according to Hi Consumption.