NASA’s Kepler Spacecraft didn’t find one, two, or three, but rather eight exoplanets in the habitable “Goldilocks zone”. Kepler-438b and Kepler-442b, are being touted as the most Earth-like exoplanets ever found, with both orbiting red dwarf stars slightly cooler and smaller than our sun. The scientists who made the discovery said: “We don’t know for sure whether any of the planets in our sample are truly habitable. All we can say is that they’re promising candidates.” Continue reading to see the full list of planets and for more information. 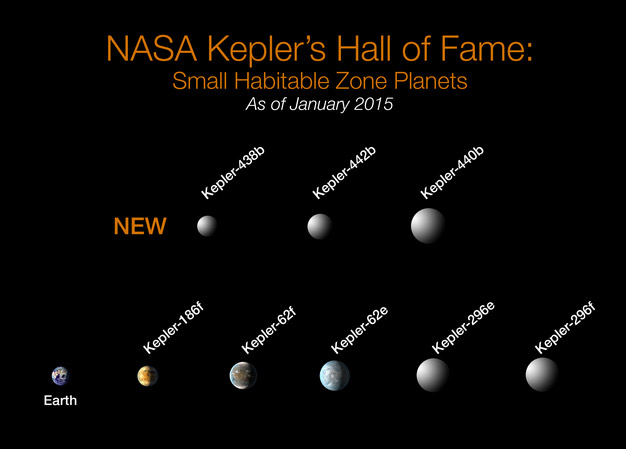 “Kepler-438b is located 70 light-years from Earth and orbits its star every 35 days. The CfA astronomers say its diameter is 12 percent bigger than Earth’s. They estimate it has a 70 percent chance of being a rocky (rather than gaseous) planet, and believe it gets about 40 percent more light than Earth. Its chance of being in the Goldilocks zone is about 70 percent,” according to Huffington Post.

3 Awesome Pocket Projectors That Let You Play Games, Watch Movies on Any Wall

BelfieStick Might Be Dumbest Smartphone Accessory Yet, Designed for Butt Selfies