James Webb Space Telescope’s first full-color image was revealed a few days ago, and since then a handful more observations have been released, including of the Southern Ring Nebula. This cosmic entity, called NGC 3132 and located approximately 2,500 light-years away, was previously hidden from astronomers, but two cameras aboard Webb managed to capture it. 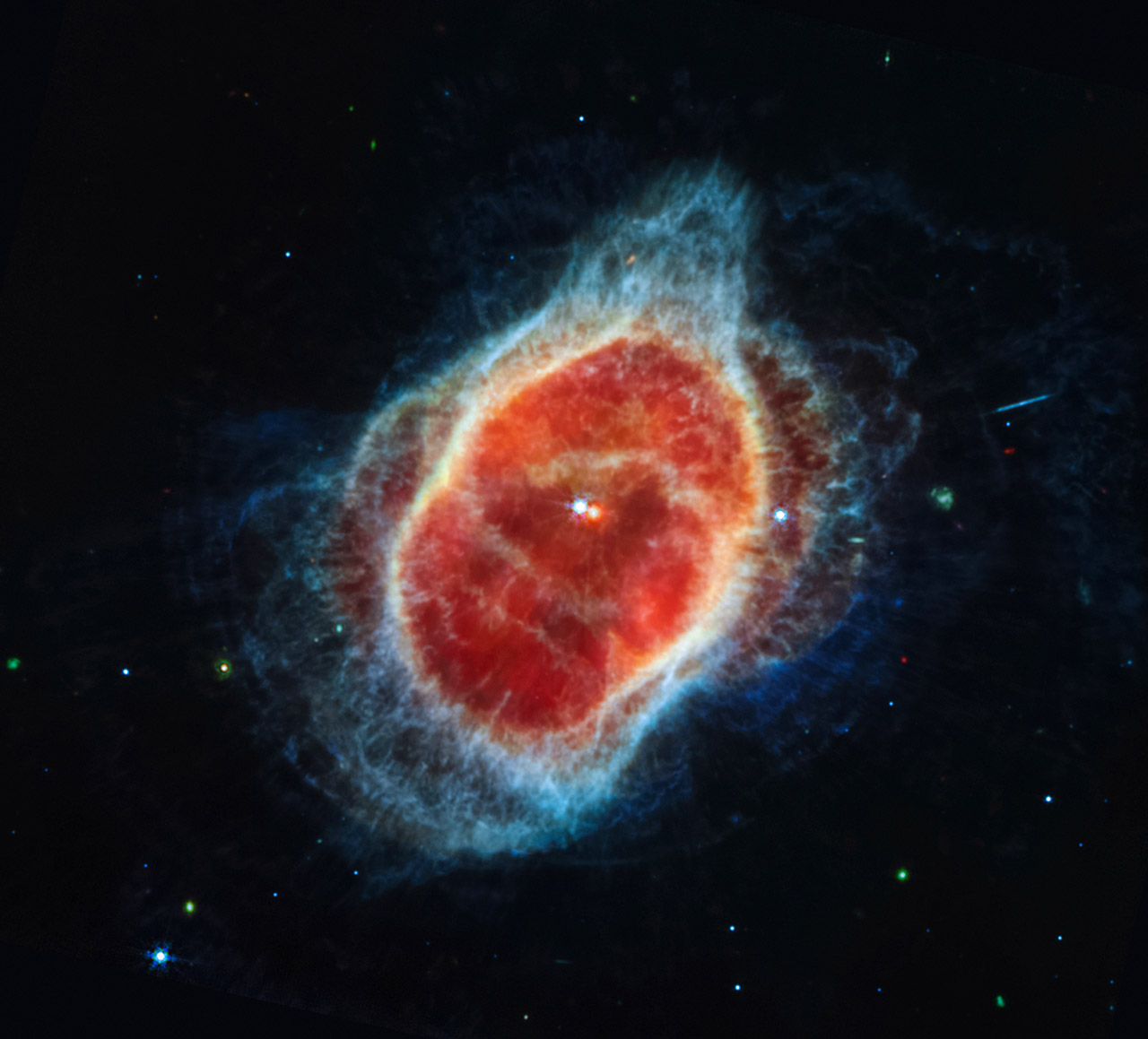 The top image was taken by Webb’s Near-Infrared Camera (NIRCam), while the image above using its Mid-Infrared Instrument (MIRI), which shows for the first time that the second star is surrounded by dust. The brighter star is in an earlier stage of its stellar evolution and will most likely eject its own planetary nebula in the future. NIRCam also revealed extremely fine rays of light around the planetary nebula.

As the star ejects shells of material, dust and molecules form within them – changing the landscape even as the star continues to expel material. This dust will eventually enrich the areas around it, expanding into what’s known as the interstellar medium. And since it’s very long-lived, the dust may end up traveling through space for billions of years and become incorporated into a new star or planet. In thousands of years, these delicate layers of gas and dust will dissipate into surrounding space,” said NASA.