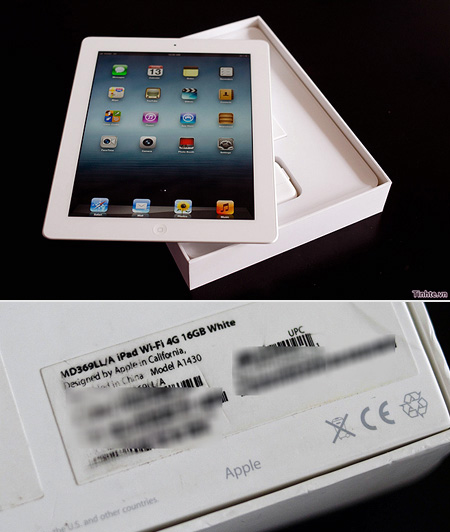 Though not as exciting as an iPhone 5 leak, Vietnam-based Tinhte does provide us with a sneak peak unboxing of the new iPad a couple days before its official launch. That’s not all, they also “went the extra mile and also posted a video of the new iPad in action – includes side-by-side comparison shots of the new iPad and the iPad 2.” Click here for more pictures. Continue reading for the video.

Tinhte’s Geekbench test of the iPad confirms earlier reports that the new tablet has 1GB of RAM – double the RAM of its predecessor, the iPad 2. The additional RAM is needed to support the quad-core GPU that drives the iPad’s Retina Display. The Geekbench test also confirmed that the iPad’s new A5X chip is running at the same 1GHz speed as the iPad 2’s A5 processor.