Finally, Apple has given the Mac Mini a massive increase in performance, thanks to 4- and 6-core processors, up to 64GB of 2666MHz DDR4 RAM, and blazing fast all-flash storage (2TB maximum), equating to five times faster performance. You also get Thunderbolt 3 ports, the Apple T2 Security Chip and a 10Gb Ethernet option, making it a much more capable desktop than ever before. “Mac Mini is loved by customers for its ability to be used in incredibly diverse environments – from casual desktop use, to live professional performances, to multiple Mac mini computers powering through video renderings and compiling software code, to racks of thousands in giant app build farms – anywhere a small-but-mighty Mac is needed to get the job done,” said Philip Schiller, Apple’s senior vice president of Worldwide Marketing. Continue reading for a hands-on video, pictures and more information. 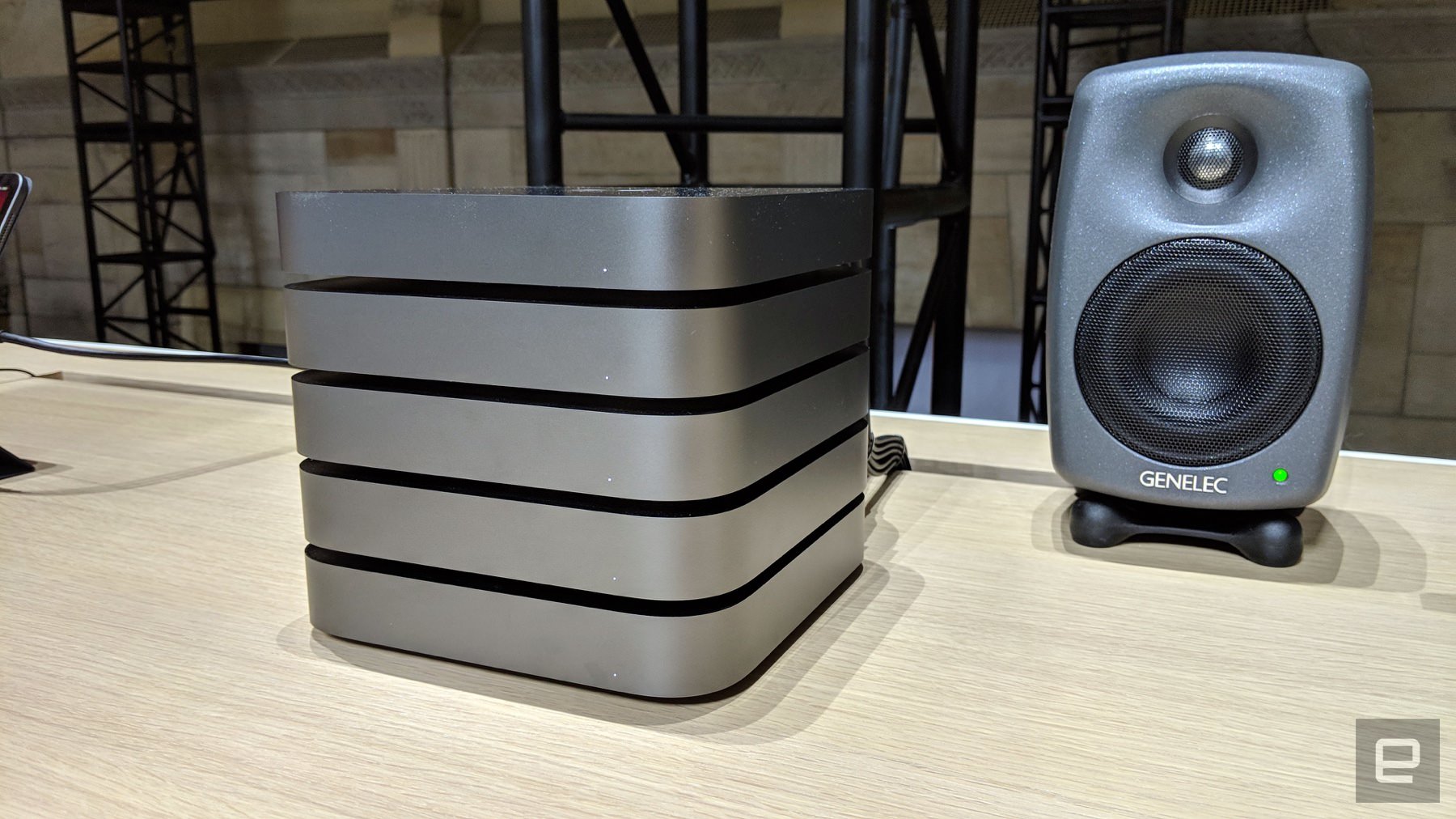 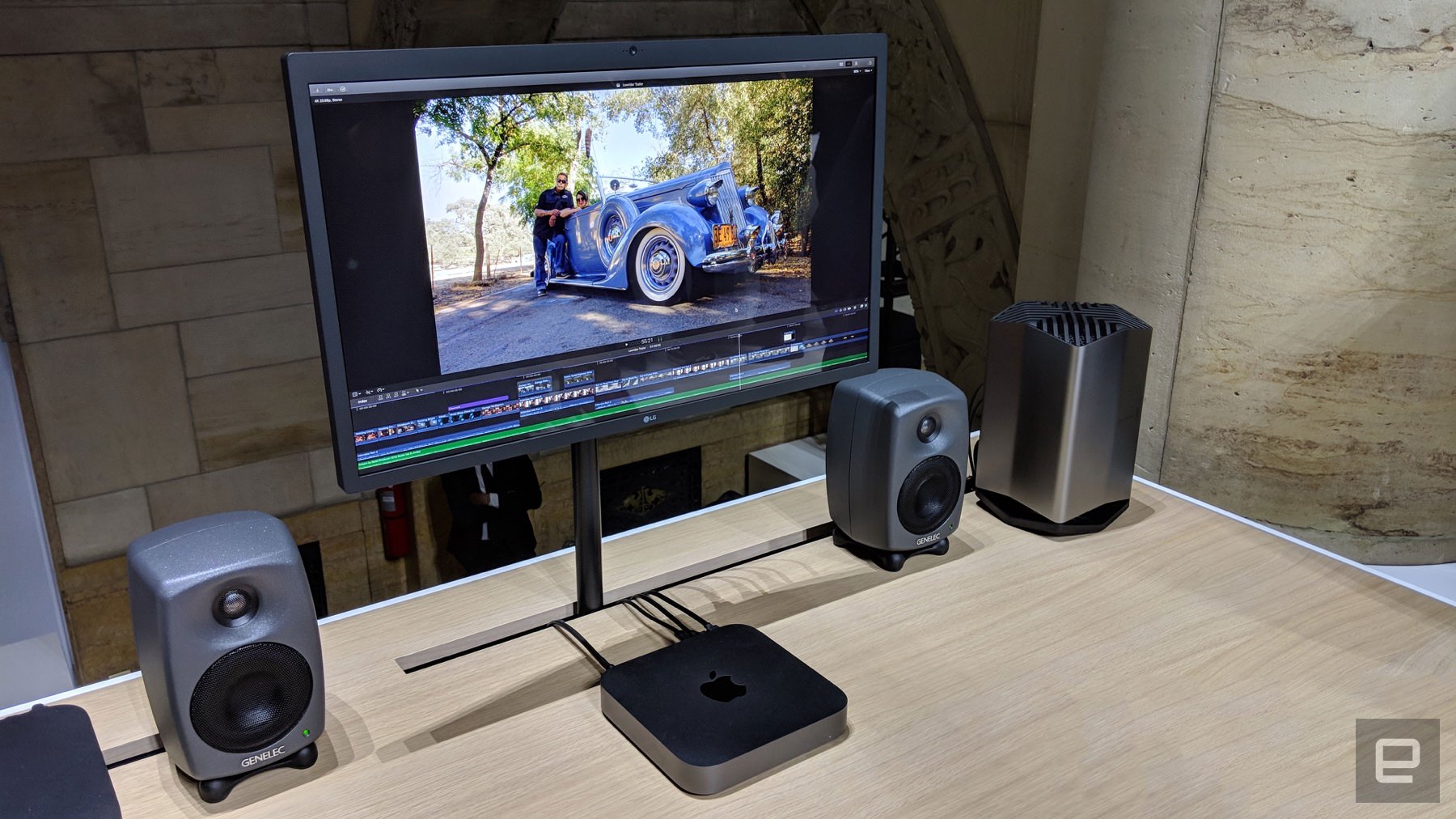 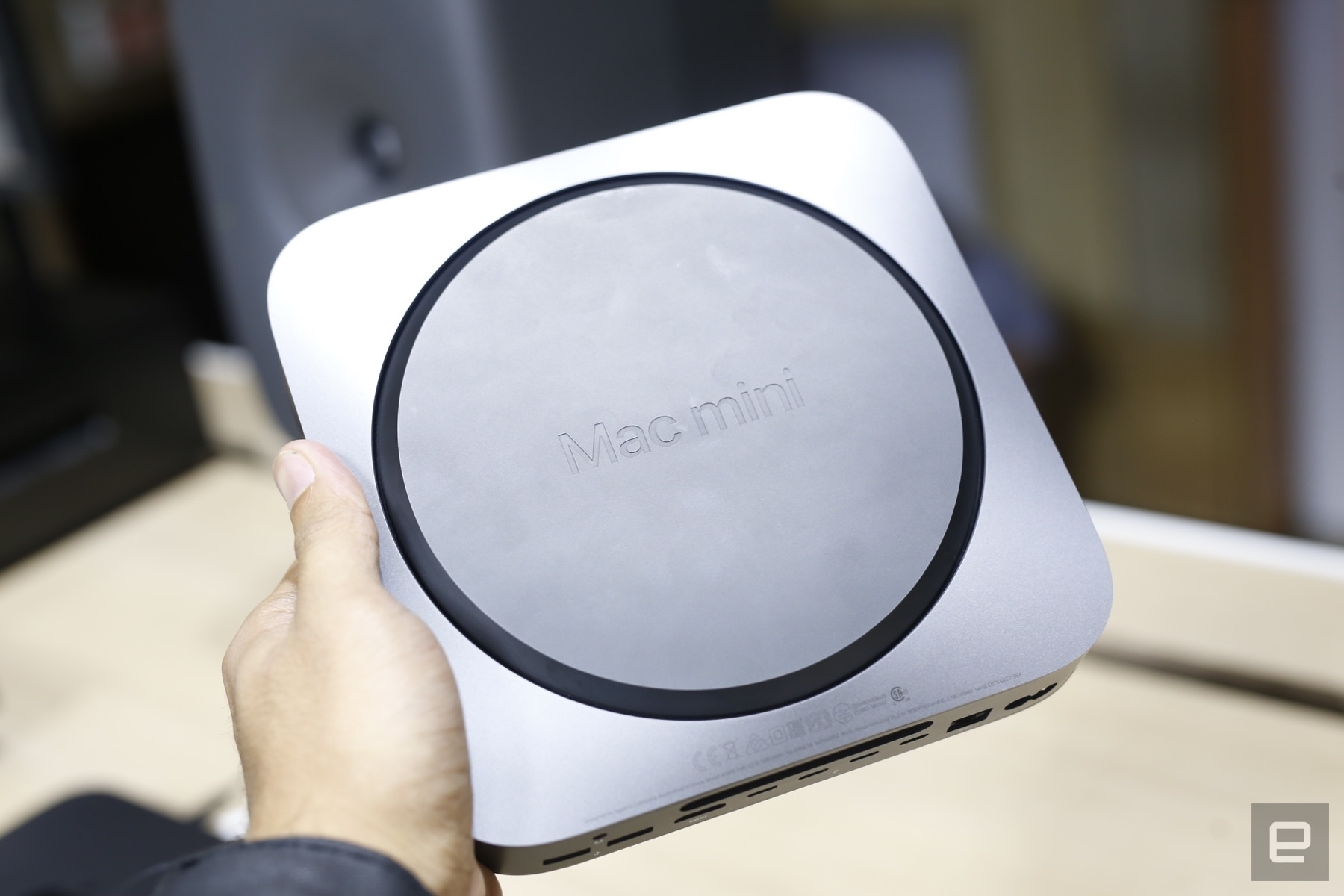 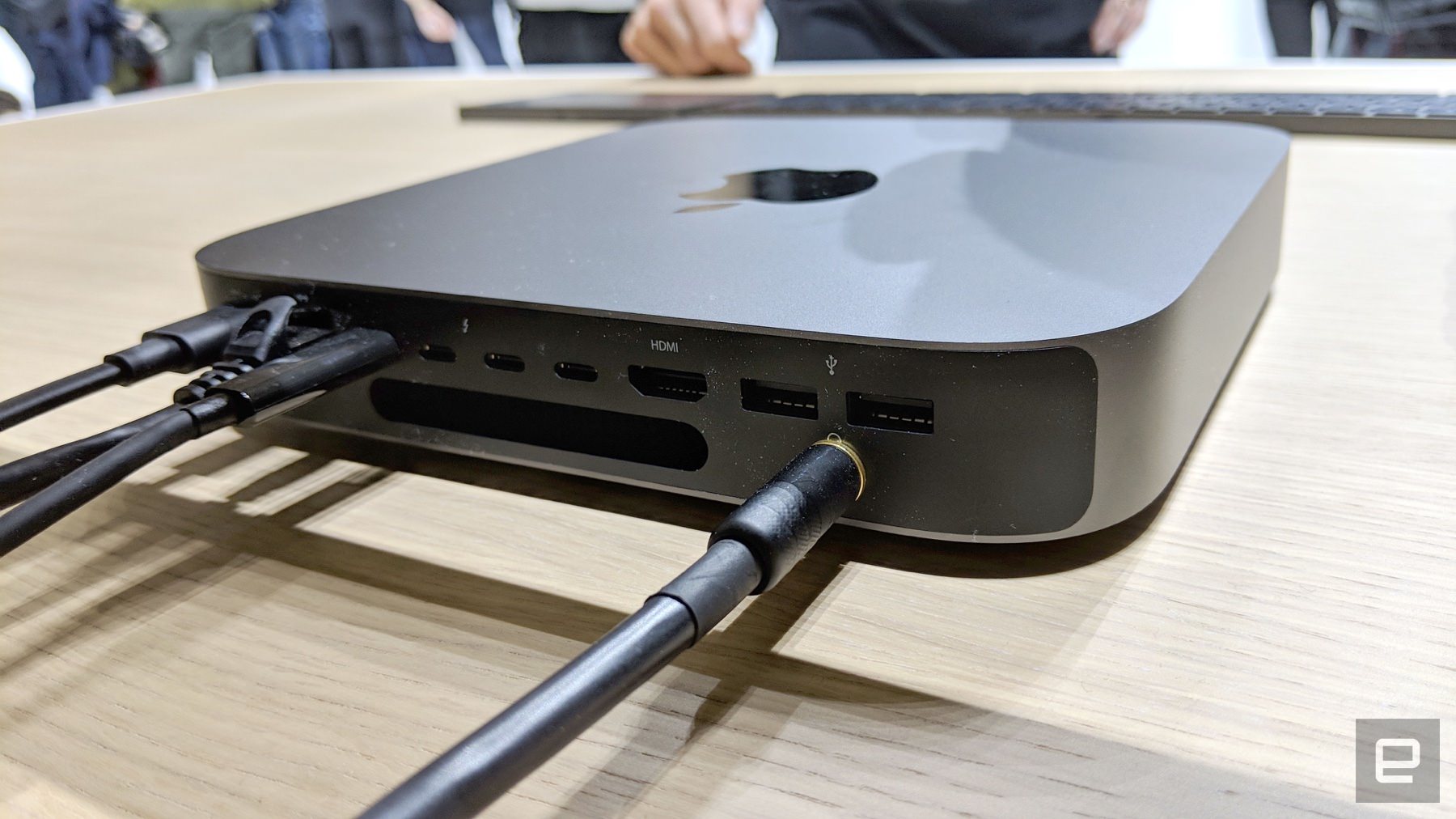 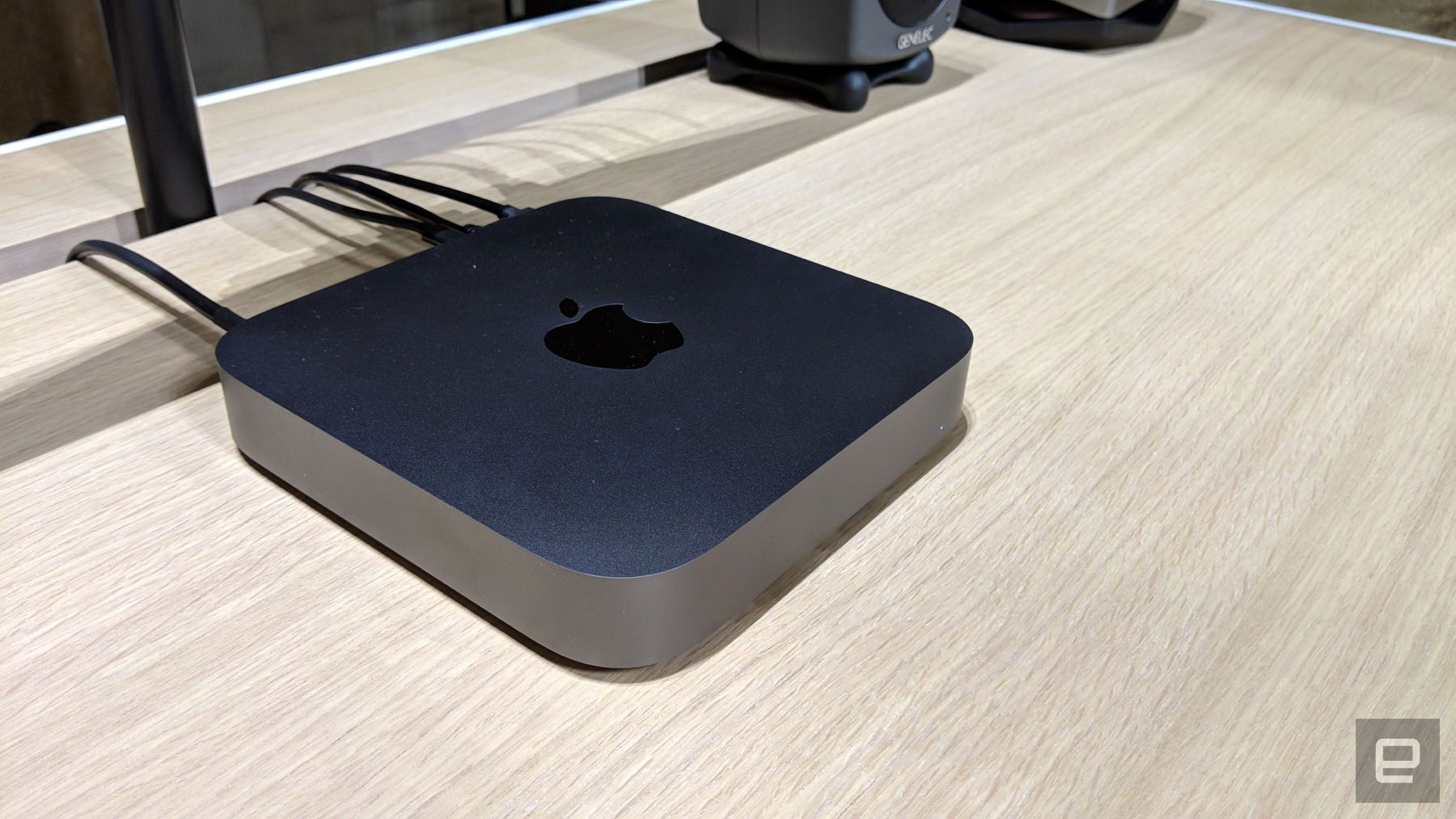 “When it comes to ports, you’ve got four Thunderbolt 3 connections, two USB-A sockets, HDMI, audio and Ethernet (including a 10Gbps option). The machine is up for pre-order today starting at $799 (with much more modest specs, obviously) and ships next week, on November 7th,” reports Engadget.