Physicists have set a new world record in the field of quantum teleportation, as the team at National Institute of Standards and Technology (NIST) managed to teleport packets of light over 60 miles (100km) of optical fiber. Quantum teleportation is a process by which the exact state of an atom or photon can be transmitted from one location to another, with the help of previously shared quantum entanglement between the sending and receiving location. This basically means that action of one particle directly affects the others, due to the way they are connected, even when separated over large distances. Continue reading for two more videos on quantum teleportation and additional information. 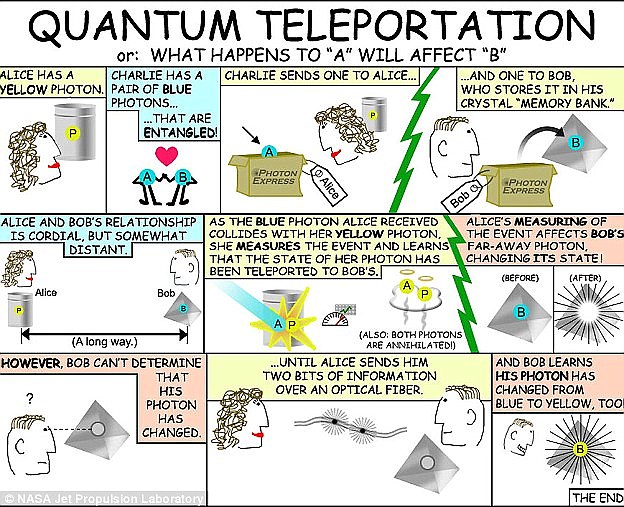 Tronsmart’s 42W 3-Port USB Travel Charger Has Qualcomm’s Quick Charge Technology, Get One for Under $12, Today Only

Collapsible ThorFire LED Lantern Can Be Used as Hand-Powered Phone Charger, Get One for Under $11 – This Weekend Only