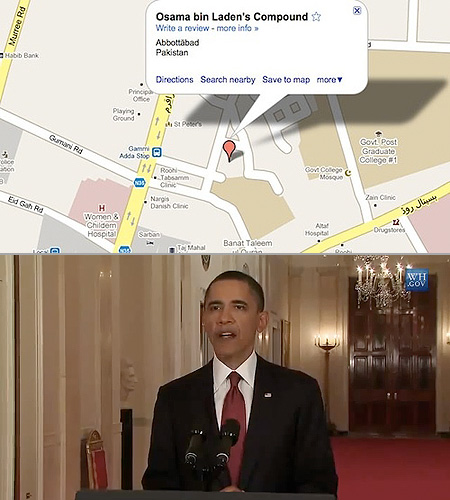 President Obama announced yesterday that Osama Bin Laden “was killed in Pakistan earlier in the day after a firefight at a compound in the city of Abbottabad in a military operation that was based on U.S. intelligence.” Just hours after the announcement, internet users have already mapped the alleged hideout of Bin Laden — Google Maps image above. If you missed President Obama’s address, continue reading to watch.

In mid-March, Obama headed five National Security Council meetings on the subject. Friday morning, he gave the final order to carry out the attack on a compound in what was described as an “affluent suburb” of Islamabad.

Incredible City Made with 100,000 Staples