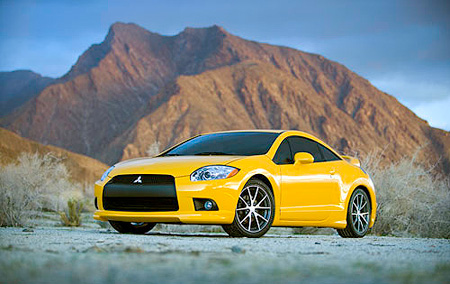 Mitsubishi has revealed its revamped 2009 Eclipse and Eclipse Spyder. The Eclipse GT is powered by a 3.8L V6 that generates 265hp and 262 lb-ft of torque, mated to a six-speed manual or Sportronic 5-speed gearbox. Click here for first picture in gallery.