Programmer Alexander Osipovich from Russia has always been a fan of “The Terminator” series, and decided to create a real-life version of the T-800. It all began when he started work on a program while in college, but little did he know that this would eventually become the brain of his exoskeleton. The next 2-years were spent developing multiple versions in Visual Basic, and in 2011, Google just happened to be promoting DIY projects. So, they sent him a detailed schematic for 3D-printing the T-800, complete with the exact positioning of the actuators that would power its movements. Continue reading for another video, more pictures and information. 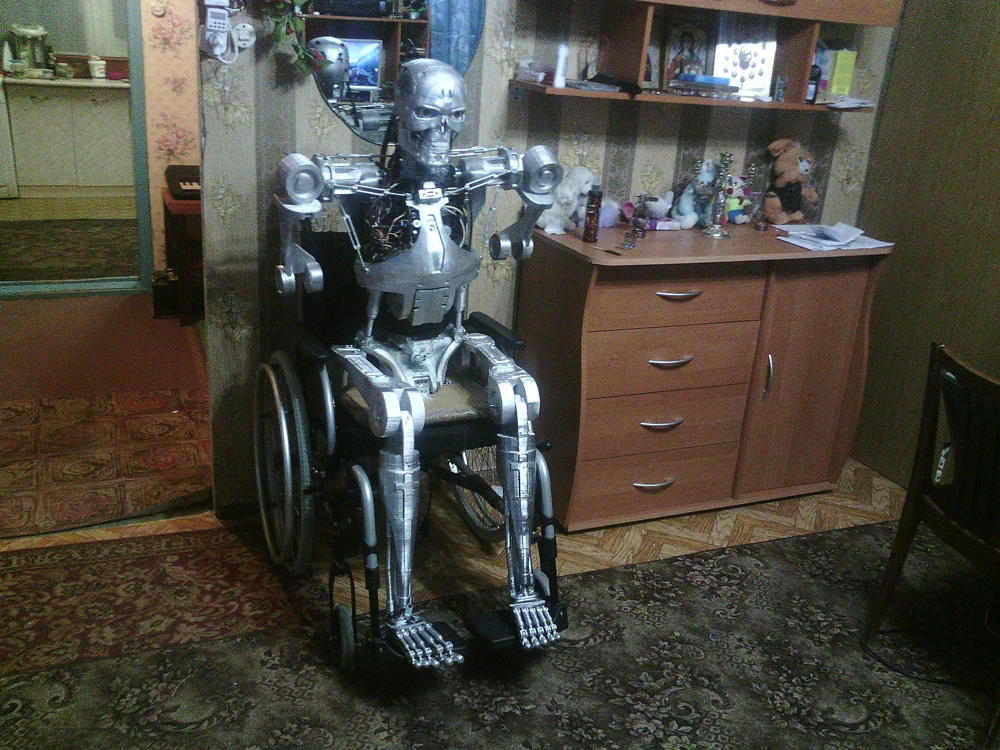 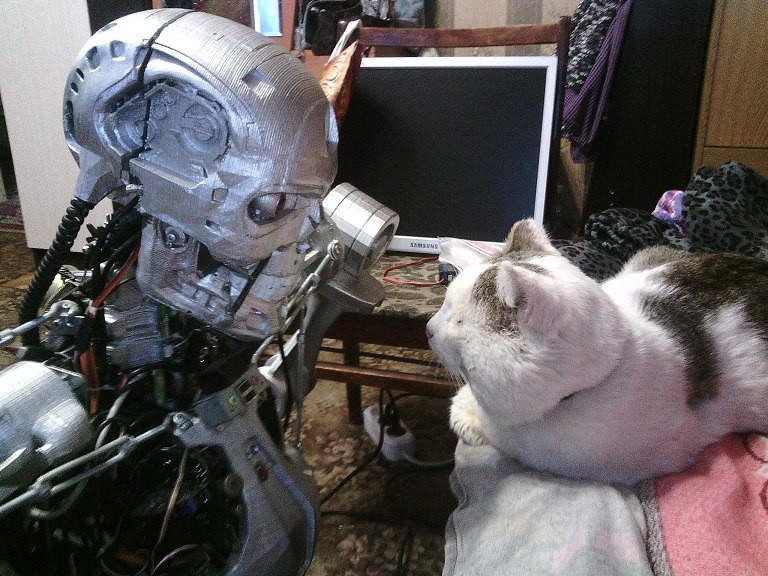 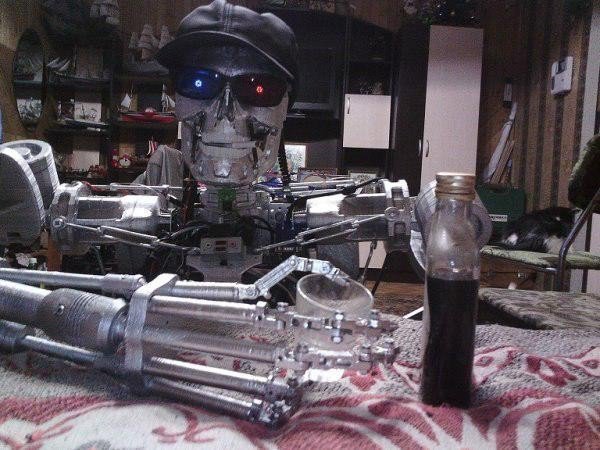 “It took him nearly 4 years to create all the necessary parts out of plastic, but his T-800 is finally complete, or, nearly so, anyway. All the parts have been printed and assembled, but because Alexander Osipovich couldn’t get his hands on actuators strong enough to power its limbs, the menacing-looking Terminator remains confined to a wheelchair. The only actuators he could fit on the T-800 so far come from a radio-controlled toy helicopter, and they are only powerful enough to move the robot’s head and its jaw. However, it’s only a matter of time until this issue is resolved,” according to Oddity Central.