Qwake Technologies’ C-Thru could potentially save countless lives, and it’s basically transparent glass HUD over one eye within the breathing apparatus. This device projects a live feed of vision taken from a thermal camera on the outside of the mask, which uses a shape-predicting AI algorithm, allowing the firefighter to see various materials outlined in green with zero visibility due to their different thermal conductivity. Read more for a video and additional information.

The Cosumnes Fire Department in California tested this technology in a live drill, and the firefighters who wore the C-Thru system claimed they could not only could they see the “victims”, but their surroundings as well. 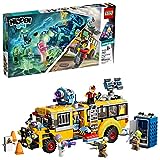 It can see through dark, and see through smoke,” said Cossman. “The idea of putting something [in front of your eyes] so that it’s always on, was the first step. But then the second step was simplifying it in a way that is reduced and made much more simple, just edges and contours of objects,” said Sam Cossman, an explorer and digital entrepreneur who led a science expedition into the crater of the Masaya volcano.