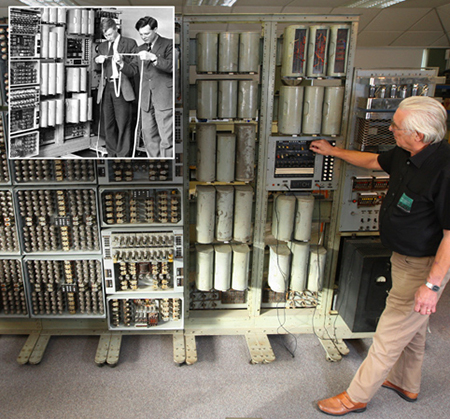 Here’s a rare look at the Harwell Dekatron, which is better known as the WITCH computer. At 2.5-tons, it’s “made from parts more commonly found in a telephone exchange; the mammoth machine, which fills a room, is as heavy as 20,000 iPhones but computed at speeds even humans could keep pace with.” Continue reading for a video and more information.

When it was built in 1951, this computer was a marvel of technology. Yet only a couple of decades later, the same processing power was available in something a little smaller. Pocket-sized, to be accurate. But for its time, the Harwell Dekatron was highly impressive. Capable of calculating sums with great accuracy 24 hours a day, it was based at the Atomic Energy Research Establishment in Harwell, Oxfordshire, where it was used for mathematical modelling.

ZAGGsparq 6000 is the Ultimate Portable Power Station, Plus Enter the iPad an Hour Giveaway

Is China Building a Real-Life Stargate