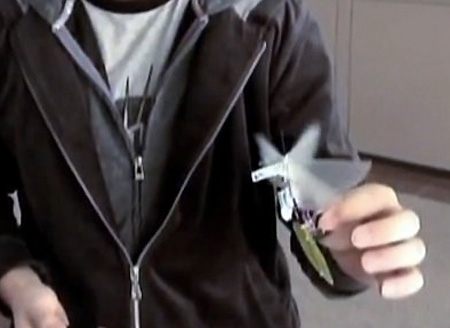 Researchers in Japan have developed a tiny 2.6-gram hummingbird-like robot. Receiving commands from an infrared sensor, “the tiny four-winged ‘bot bobs and weaves through the air like a hummingbird, going as high as ten feet for up to six minutes at a time.” Video after the break.

The idea is to use the ‘bot in disaster scenarios in which search and rescue personnel need eyes in tight places or to perform recon in areas that are too dangerous for humans to go stomping around.