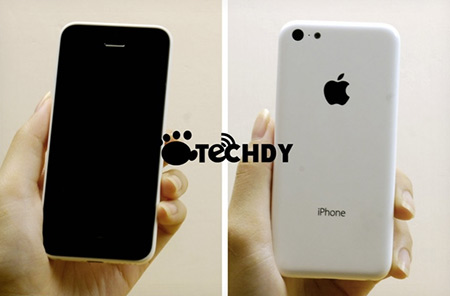 No, this isn’t yet another purported iPhone 5S leak, but rather a real handset. You read that right, China-based Techdy is offering an Android-powered smartphone based on the iPhone 5S design. At $199, it features a 4″ (1136 x 640 resolution) display, a 1.7GHz quad-core Snapdragon 600 processor, 16GB of internal storage, and Android 4.2.1. Continue reading for a video and more information.

Techdy says that its first production runs of both phones will be limited to 100 units each, and that they won’t ship until September 1st, so you’re going to be waiting a while.

The photos and video deserve a healthy dose of skepticism, but it’s interesting that a company is trying to capitalize on an unannounced phone by cranking out a small run of Android knock-offs – and that it could potentially turn a profit doing it.

18 Examples of Why Rap Lyrics Shouldn’t Be Motivational Posters