Photo credit: Matt Hartman
Stratolaunch LLC successfully completed the second test flight of the world’s largest aircraft by wingspan. The 385-foot wingspan aircraft managed to fly for 3 hours, 14 minutes over the Mojave Desert and reached a maximum altitude of 14,000-feet. Pilots prepared this carrier aircraft to support launches of its upcoming hypersonic testbed vehicle, called the Talon-A. The latter is a fully reusable, autonomous, liquid rocket-powered Mach 6-class hypersonic vehicle measuring 28-feet in length with a wingspan of 14-feet, while having a launch weight of approximately 6,500 pounds. Read more for a video and additional information.

This massive aircraft has a twin-fuselage, six engines, twenty eight wheels and weighs in at 500,000-pounds without cargo. It requires a three-person crew to operate, all of whom are seated in the right-hand cockpit, with the other fuselage left unpressurized. It’s has maximum load capacity of 1.3-million pounds and needs to be stored in a specially constructed 103,256 square feet airplane hangar. The company is currently assembling both a Talon-A Separation Test Article, which will be carried and released by the carrier aircraft, as well as the first rocket-powered Talon-A vehicle. 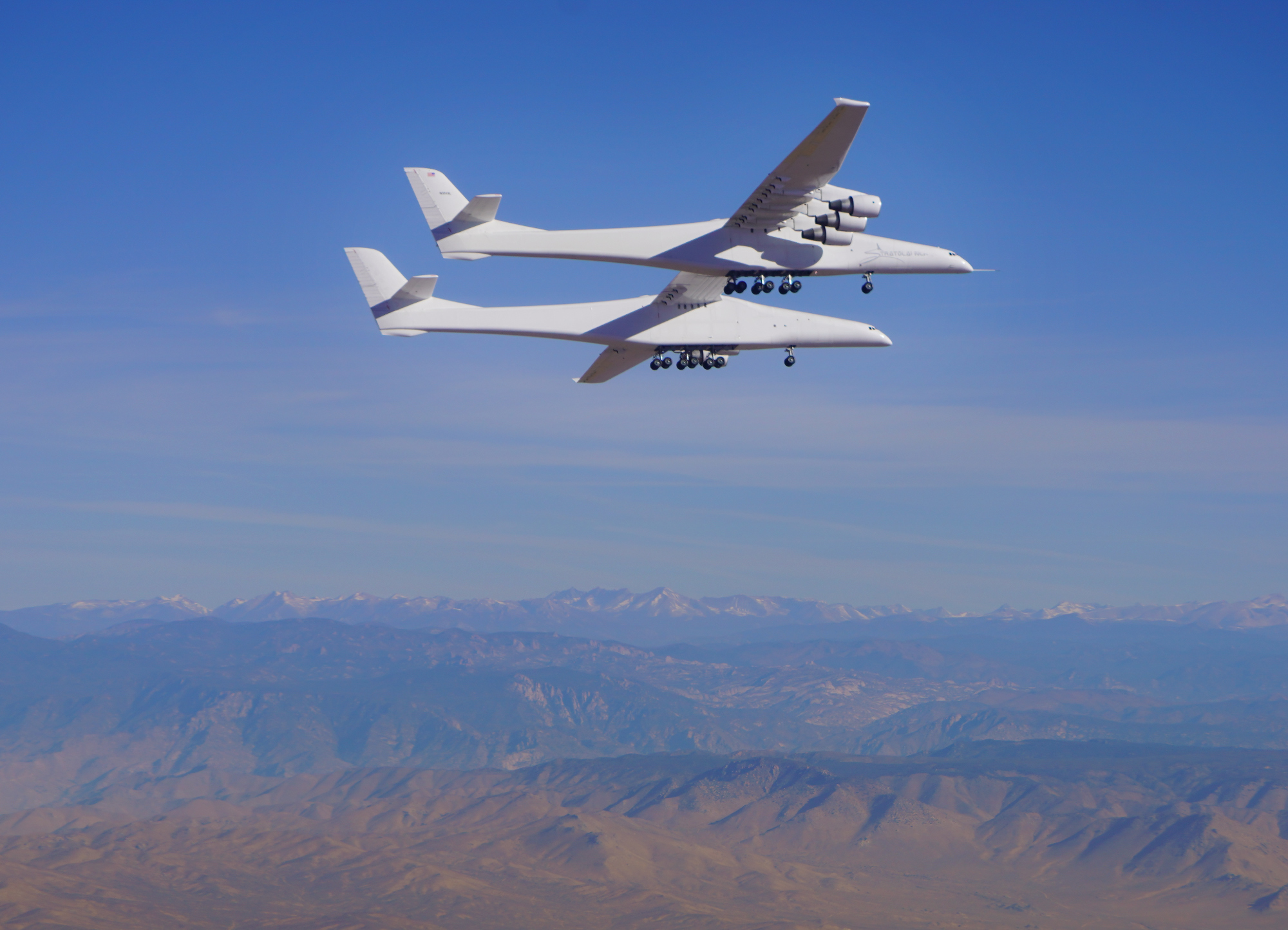 Stratolaunch is advancing our nation’s ability to be a worldwide leader in the hypersonic market. Our flight today gets us another step closer to our promise of delivering the world’s premier hypersonic flight test service,” said Dr. Daniel R. Millman, Chief Technology Officer of Stratolaunch.