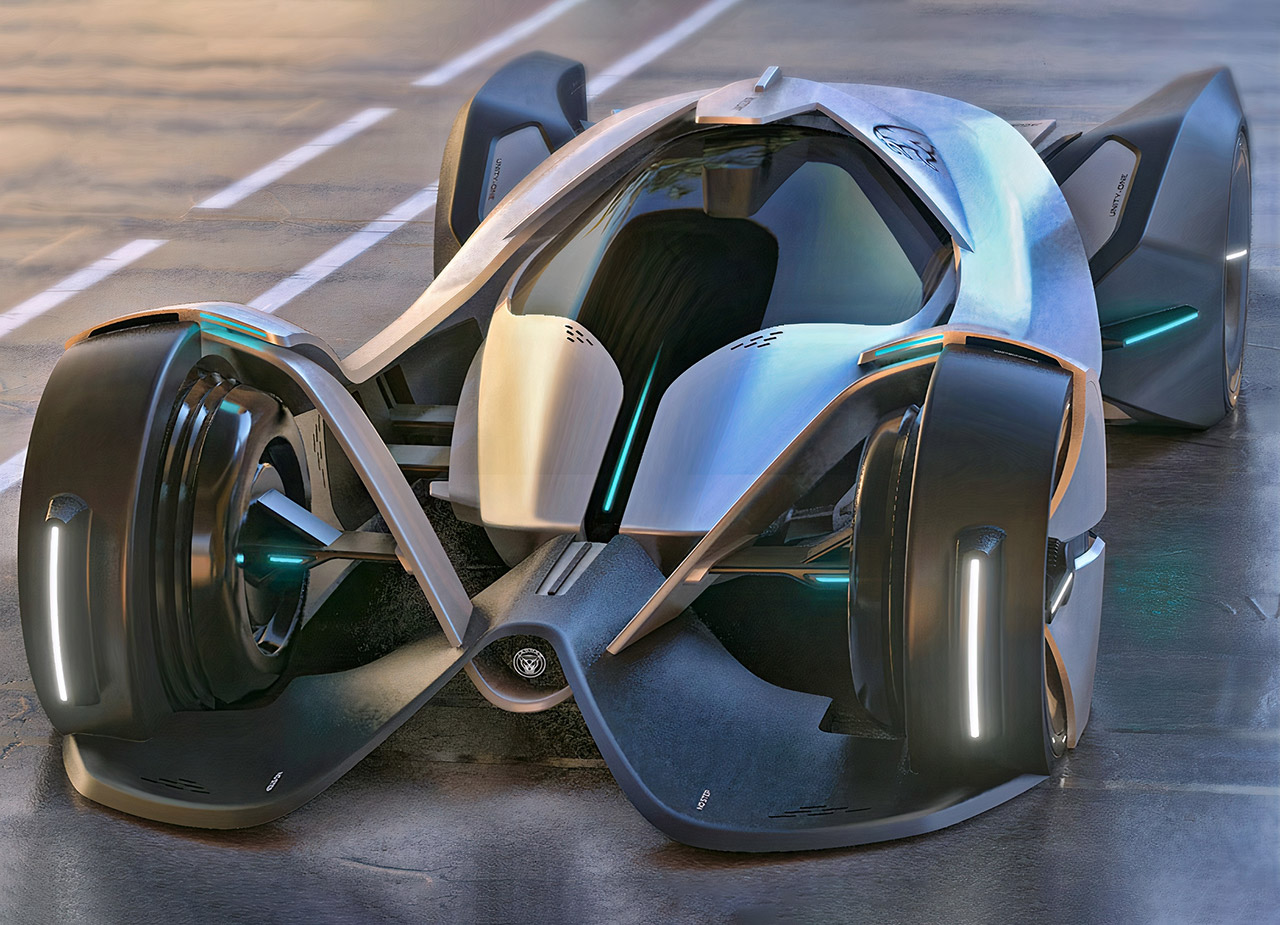 Jaguar currently competes in Formula E, and last October, they revealed the development version of the I-Type 5 car. So, it wouldn’t be shocking to see the automaker reveal an all-electric hypercar in the near future. Designer Hyunsik Moon believes that to be the case as well, and came up with the Jaguar Unity-One Vision Concept to preview what such a vehicle would look like. The goal was to integrate the feel of a motorcycle into a four-wheeled vehicle. Read more for a video and additional pictures.

The Jaguar Vision Gran Tursimo electric hypercar has a standout circuit board livery that pays tribute to milestones such as the Le Mans debuts of the C-type and D-type in 1951 and 1954 respectively. In addition to its streamlined, lightweight composite body structure, it now comes equipped with four in-wheel Jaguar Racing and SV-designed electric motors generating a combined output 1877 hp and 2478 lb-ft of instant torque with intelligent all-wheel drive and torque vectoring to keep the traction. Read more for an up-close video, additional pictures and information.