An international team of researchers has discovered two new Earth-like planets orbiting Teegarden’s Star, one of our closest stars, located about 12.5 light years away. Teegarden’s Star is estimated to be at least eight billion years old, which means those two potentially habitable planets orbiting it are also as ancient, so evolved intelligent life is a possibility. “Both Teegarden’s planets are potentially habitable. We will eventually see if they are actually habitable and, perhaps, even inhabited,” said Ignasi Ribas of the Institute of Space Studies of Catalonia. Read more for a picture of the sunsets on these two new planets compared to Earth. 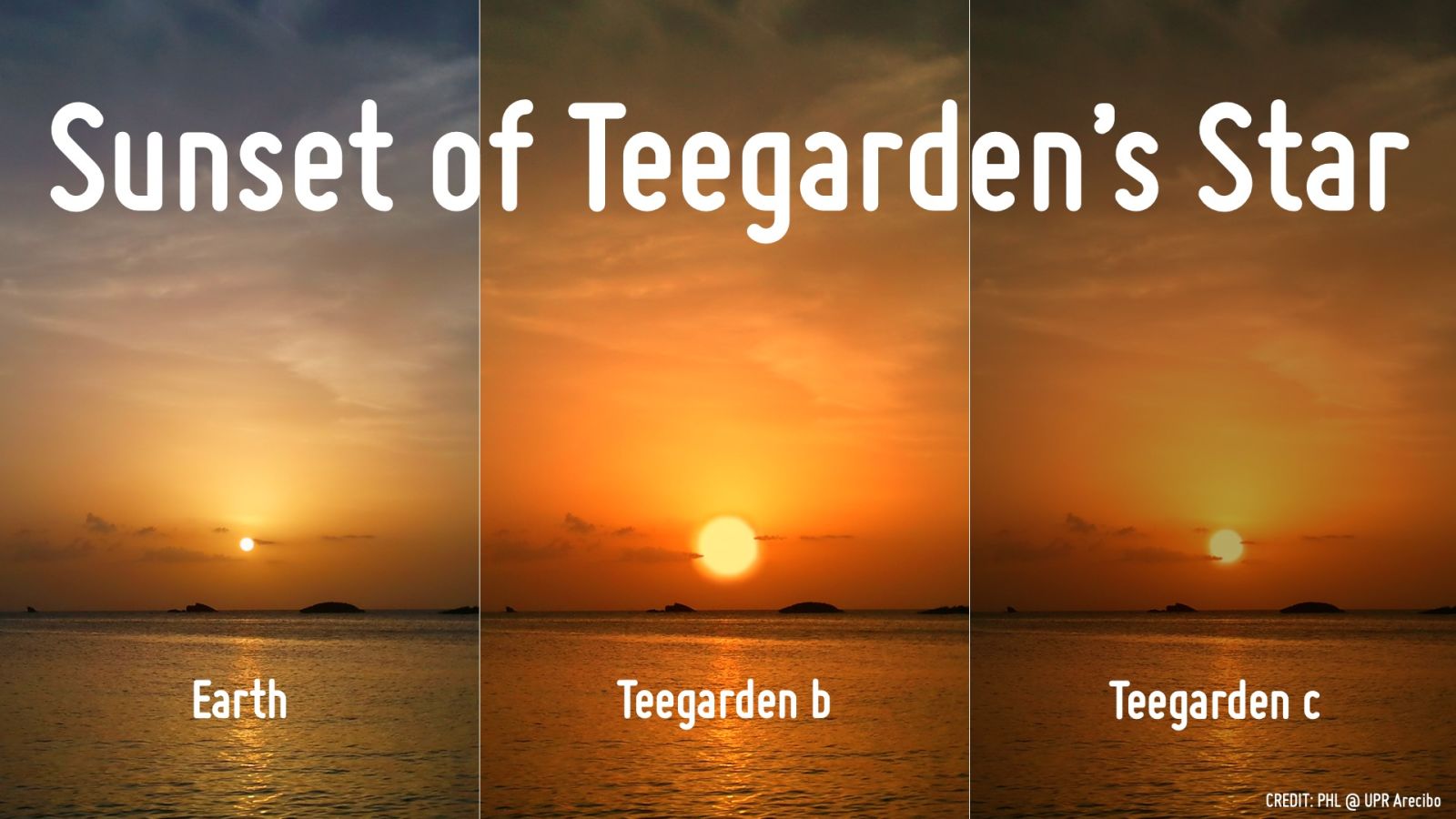 Photo credit: UPR Arecibo via Gizmodo
“One of these planets, Teegarden b, has the highest Earth Similarity Index of any planet yet discovered, according to the paper published in Astronomy and Astrophysics. But the researchers immediately offer a caveat: The index doesn’t take into account how the star’s energy is distributed and how the exoplanet’s atmosphere would look as a result, things that would impact the habitability,” according to Gizmodo.