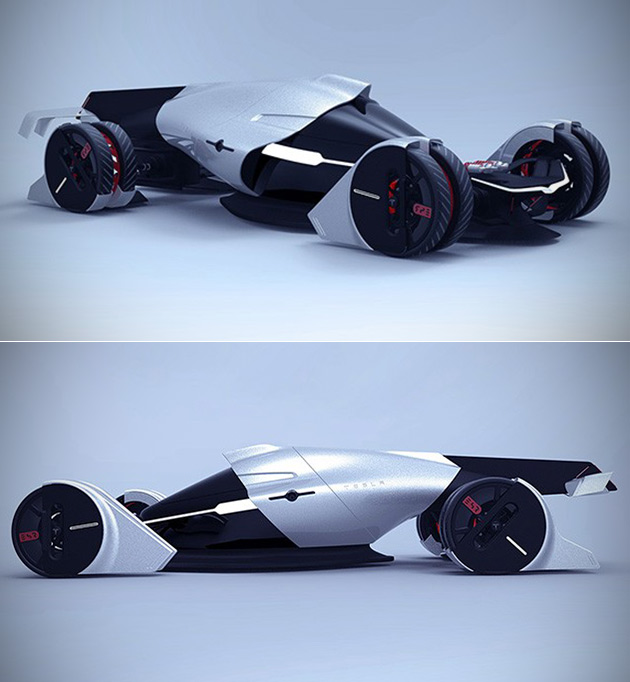 Unlike Tesla’s current electric cars, the T1 is based on the Gorlov Vertical Wind Turbine Concept, one in which incorporates individual turbines into each of the four wheels that channel air through ducts into a fifth and final turbine in the rear. This lets the vehicle run on renewable wind-generated energy, increasing acceleration and power. Its “Dynamic Axis System” allows the T1 to turn from the center of both axis, improving handling, since this shortens the wheelbase, thus making it far more agile. Continue reading for more pictures and information.

“The T1 model incorporates batteries to start up the car before the wind power gets going, and the vehicle also packs a engine modulus to provide traction. Each of the turbines are 3D-printed from Aerogel, enclosed between high strength magnesium wheels and graphene tires,” reports Design Boom.

Avtoros 8×8 Shaman Gets Upgraded with “Crab Mode” for Sideways Action, Might be Ultimate ATV