The Elliott 803 is a medium speed digital computer which was manufactured by the British company Elliott Brothers, and approximately 250 were built. The 800 series started with the 801, a one-off test machine built in 1957. The 802 was a production model but only seven were sold between 1958 and 1961. The short-lived 803A was built in 1959 and first delivered in 1960; the 803B was built in 1960 and first delivered in 1961. Here’s what one of the boxes / crates that were used to deliver the computer looked like. Continue reading for an image of the actual computer and more information. 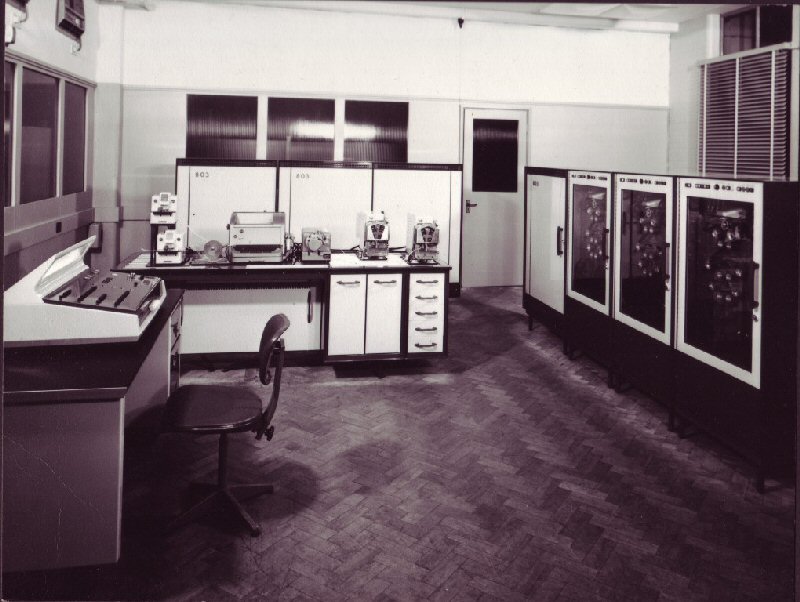 Over 200 Elliott 803 computers were delivered to customers, at a price of about £29,000 in 1960 (£583,000 in 2014 prices). The majority of sales were the 803B version with more parallel paths internally, larger memory and hardware floating-point operations. In 2010, two complete Elliott 803 computers survive. One is owned by the Science Museum (London) but it is not on display to the public. The second one is owned by The National Museum of Computing (TNMoC) at Bletchley Park and is fully functional. Both machines are the subject of a Computer Conservation Society restoration and maintenance project which currently concentrates on the machine at TNMoC. The Elliott 803’s role in this system was a data logger and it was used for this purpose at the world’s first dual-purpose reactor (N-Reactor).

These Are Not Optical Illusions, Just Real Ice Formations Atop a Mountain