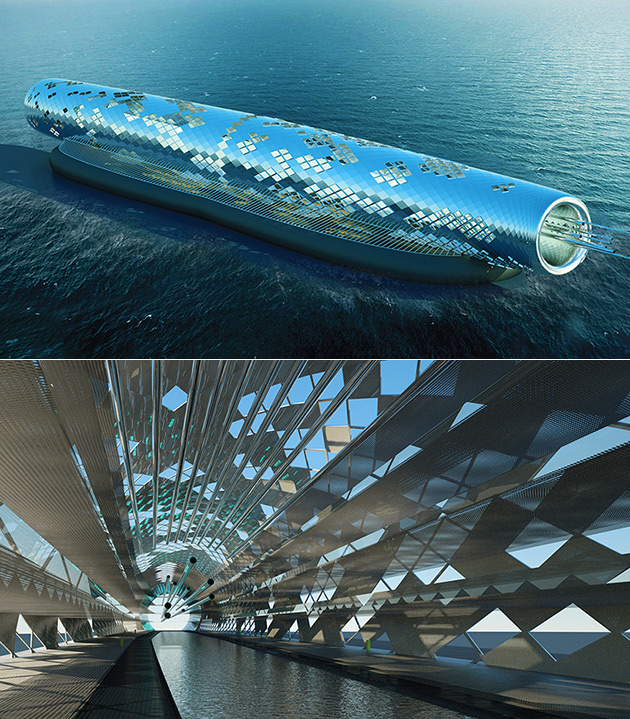 At first, this may appear to be a cigar-shaped UFO, but it’s actually a solar-powered pipe, designed by Khalili Engineers, that desalinates up to 1.5-billion gallons of ocean water each year. “Above, solar panels provide power to pump seawater through an electromagnetic filtration process below the pool deck, quietly providing the salt bath with its healing water and the city with clean drinking water. What results are two products: pure drinkable water that is directed into the city’s primary water piping grid, and clear water with twelve percent salinity. The drinking water is piped to shore, while the salt water supplies the thermal baths before it is redirected back to the ocean through a smart release system, mitigating most of the usual problems associated with returning brine water to the sea,” said the design team. Continue reading for more pictures and information. 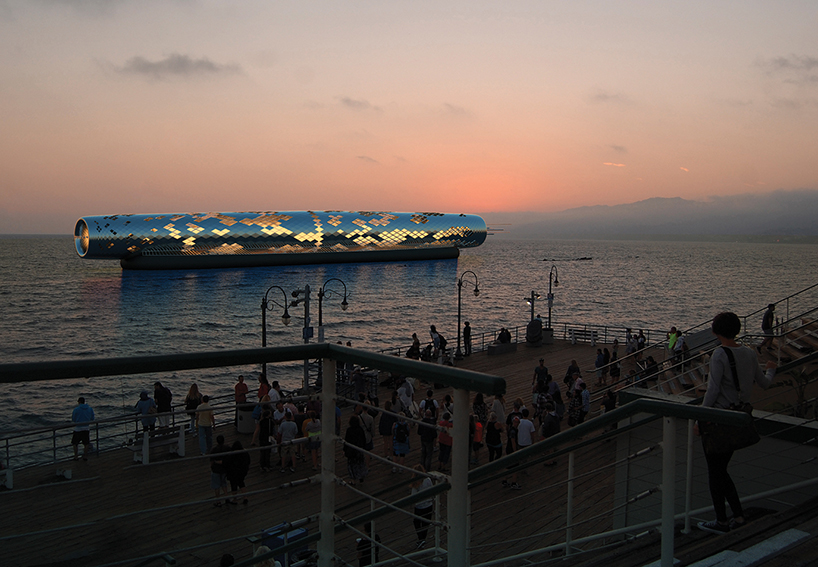 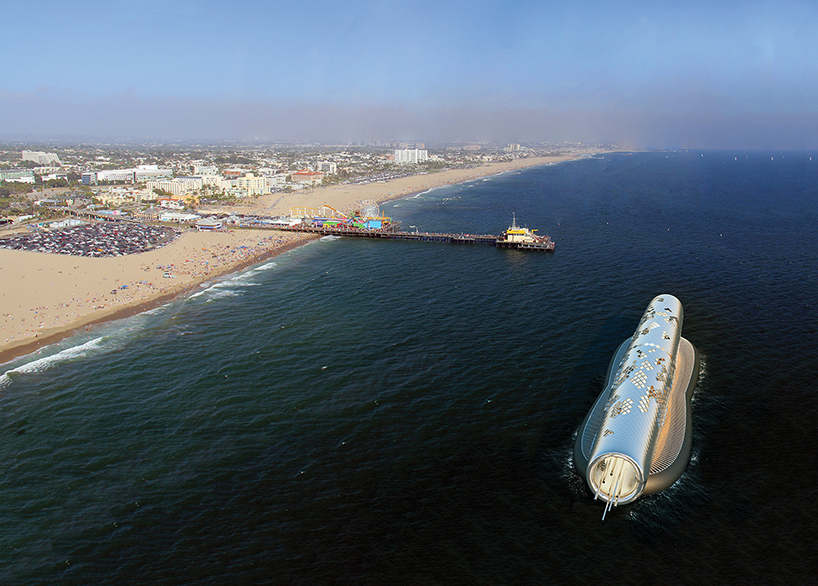 “Their design, a long gleaming thing visible from Santa Monica Pier, is capable of generating 10,000 MWh each year, which will in turn produce 4.5 billion liters (or 1.5 billion gallons) of drinking water. Given the current drought throughout California, and the dearth of water in general, a variety of urban micro generators such as this can complement utility-scale energy generation,” reports Inhabitat.

Volvo’s “The Iron Knight” Has 2,400-Horsepower, is World’s Fastest Truck