Lexus covered their all-new 2017 IS in 41,999 configurable LEDs for Dua Lipa’s “Be the One” music video, and it’s a work of art. All of the lights were installed by hand onto the exterior, turning it into a giant programmable screen that can be used for light shows, as well as animations. “A car as visually striking as the LIT IS required an equally dramatic debut. A music video was a perfect place to launch the LIT IS and working with Dua Lipa allowed the concept to come to life, putting a spotlight on the Lexus IS in an entirely new way,” said Lexus general manager of product and consumer marketing Brian Bolain. Continue reading to watch the music video, a behind-the-scenes featurette, and for more pictures. 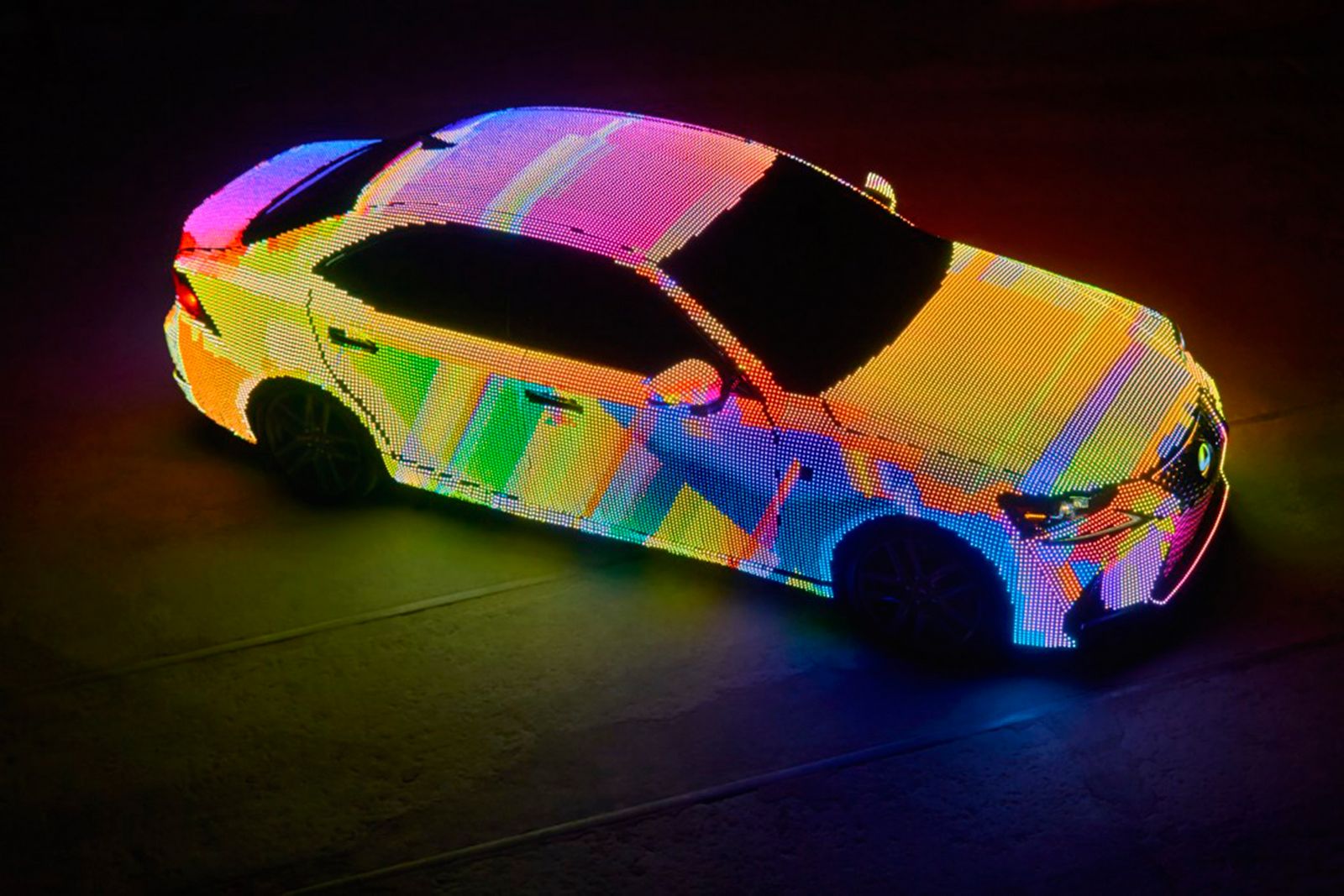 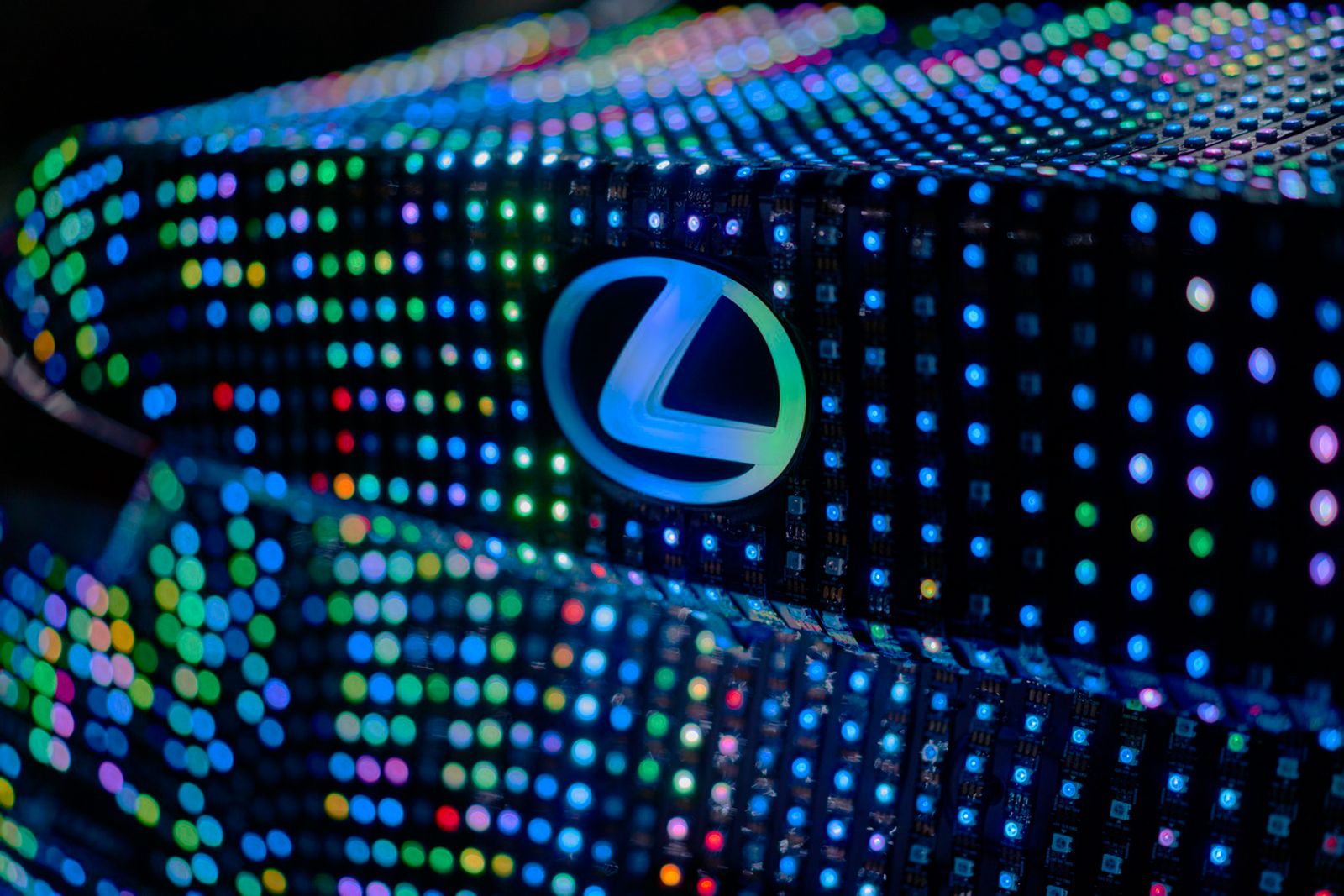 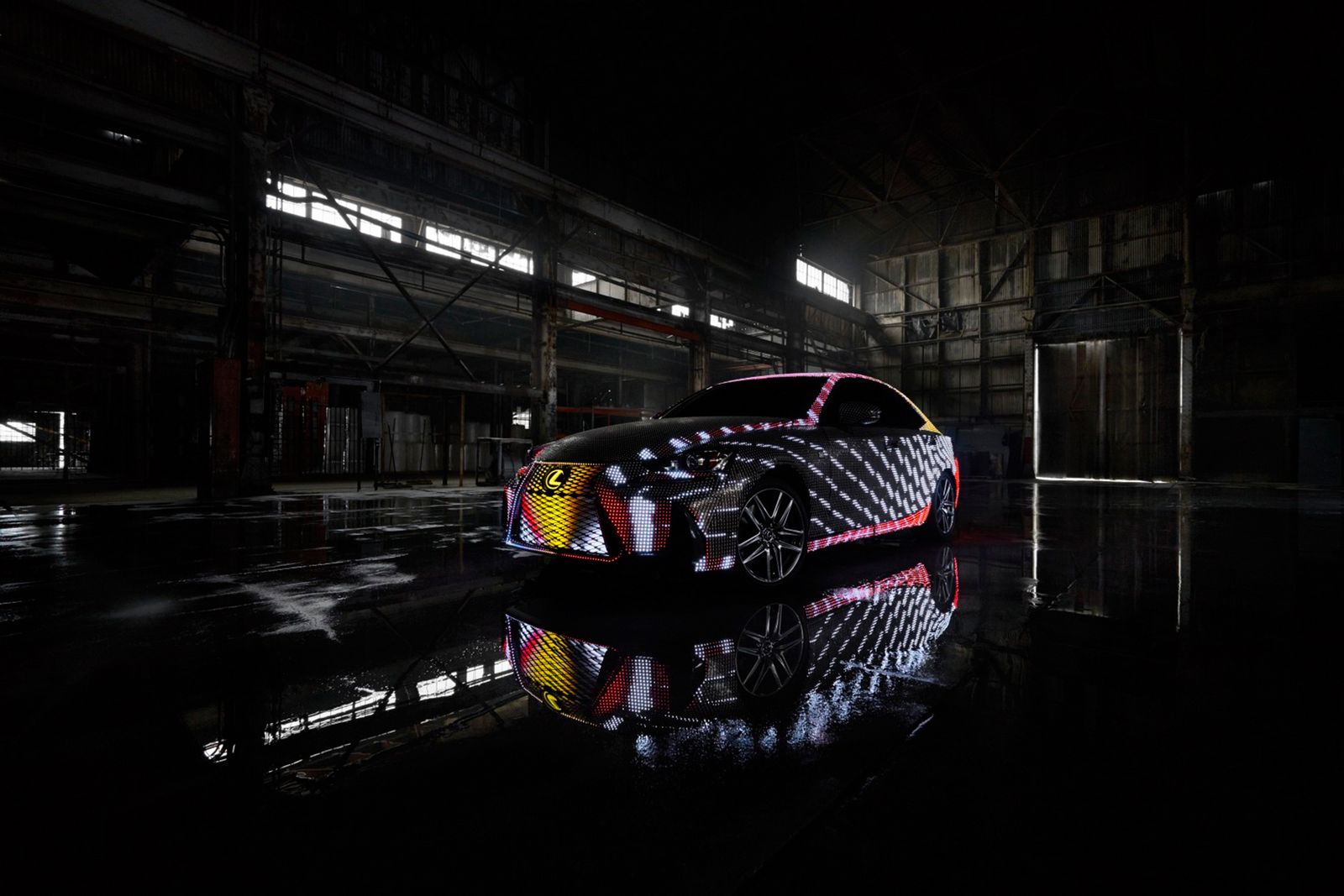 “There are three distinct modes for the lights. The first, coined ‘Attract’ mode features a loop of graphics aimed at highlighting the design of the IS. There is also a ‘Music Viz’ mode where the LEDs respond to music and sync up with a song. Finally, there’s ‘Gesture’ mode which allows the animations to be controlled by hand movements thanks to the vehicle’s incorporation of a gaming console. If all the LED strips were placed end-to-end, they would stretch for half a mile,” reports Car Scoops.

Vanguard Roadster Looks Like a Motorcycle Straight from a Terminator Movie