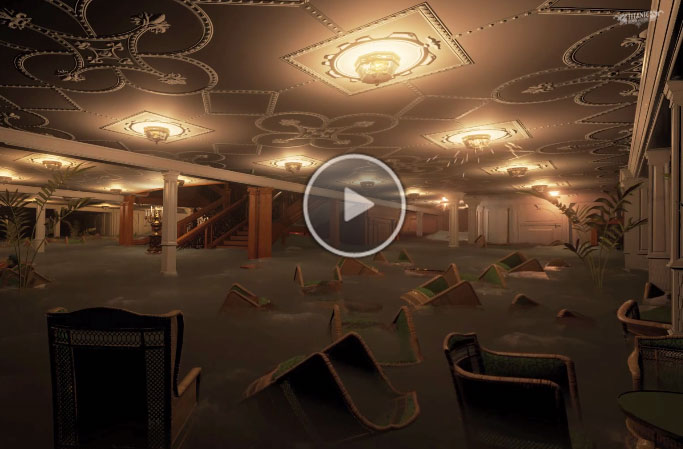 Here’s an incredible look at Titanic: Honor & Glory, a fan project that recreates the RMS Titanic’s ill-fated maiden voyage using only Unreal Engine 4. In addition to creating a walkthrough, they also give us a look at the famous grand staircase of the ship disappearing. The developers hope to include a free roam mode where we can wander around the ship with minimal crowds and no objectives and watch as everything is slowly engulfed by the icy waters in the final version. Continue reading for two videos and more information, including the Indiegogo page.

“Our goal is to not just complete the Titanic in its entirety, but a large chunk of the City of Southampton, England, as it appeared in 1912. As our budget expands and increases, we will also be expanding the main part of the game, the Titanic elements, but with every additional $250,000 we receive, enough money will be put aside for us to expand out to the next numbered zone and include that in the game,” says the team. Indiegogo page.