New internet memes pop up daily, but some have gotten so popular that fans have recreated them in the real world. Starting off, we have a real-life “Nyan Cat” and then a meme face based on Yao Ming. Continue reading to see five more awesome internet meme costumes. 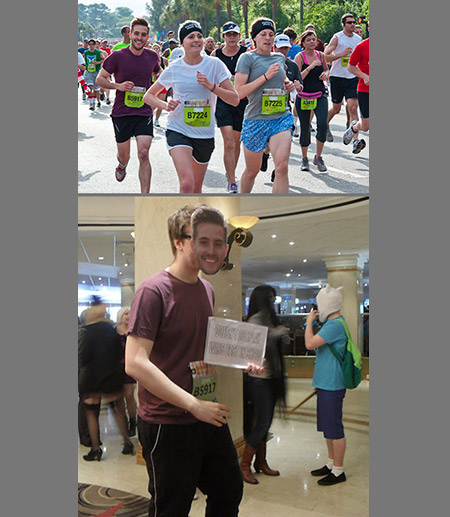 On March 31st, 2012, computer programmer Will King took photographs of runners at the annual Cooper River Bridge Run in Charleston, South Carolina. King uploaded a set of almost 100 photos to Flickr and Facebook, where one of his friends dubbed the man “Ridiculously Photogenic Guy.” On April 3rd, 2012, King submitted the Flickr photo to the /r/pics subreddit in a post titled “My friend calls him ‘Mr Ridiculously Photogenic Guy'”, which received over 40,000 up votes. 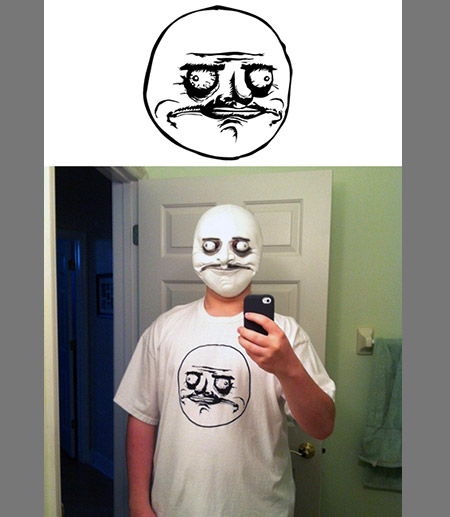 The colloquial Spanish phrase “Me Gusta” was first adopted into a rage comic drawing by illustrator Matt Oswald, who uploaded his artwork onto 4chan and Reddit on March 18th, 2010. The drawing was also uploaded onto his personal Tumblr blog and DeviantART account. Oswald eventually revealed himself as the creator of “Me Gusta” face in a Reddit thread as well as an Ask Me Anything (AMA) thread on March 8th, 2011. 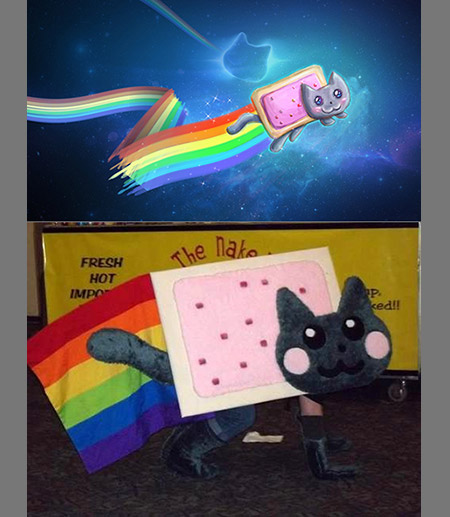 The Pop Tart Cat animation was posted on the daily comics site LOL-COMICS run by illustrator Chris Torres, also known as prguitarman, on April 2nd, 2011. The original drawing was based on his own Russian Blue cat, Marty, and was drawn after receiving two separate suggestions for a cat and a pop tart during a Red Cross charity drawing event on Livestream. Prior to the Pop Tart Cat, prguitarman had already gained a relatively large audience with a few other instances of comics circulating on the web. 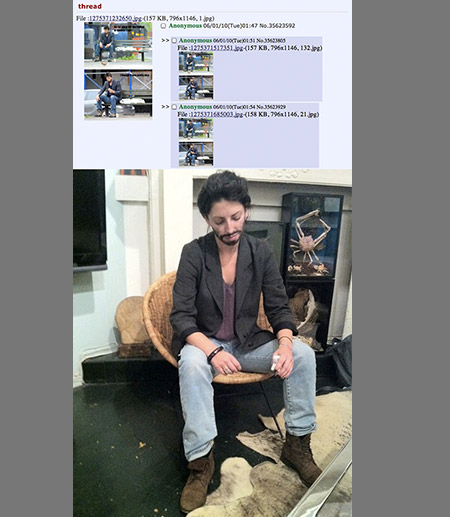 The photograph of sullen-looking Reeves eating a sandwich was taken sometime in May 2010 by the Splash News photographer Ron Asadorian. The earliest known “Sad Keanu” Photoshop thread can be found on 4chan-like archive called Green-ovale.net, from the /tv/ (television & films) board, dating May 23th 2010. Another thread would pop-up on 4chan imageboard’s /a/ (anime) board dating back to June 1st, 2010. 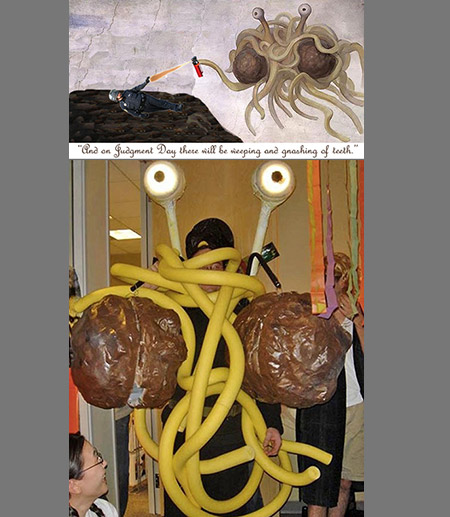 On June 22nd, 2005, the Internet news site BoingBoing posted an article titled “Dear Kansas: Why stop at ‘Intelligent Design?’ What About Spaghetti Monsters?”, which featured an excerpt from Henderson’s open letter. On August 29th, 2005, the New York Times published an article titled “But Is There Intelligent Spaghetti Out There?” In September that year, a Flying Spaghetti Monster flash game was developed by Plasmic Studios.