Another day, another batch of geeky Facebook Timeline covers. Unlike the others, however, these five examples think outside the box, and we don’t mean the stuff Amazon ships your goodies in. First up, we have a Star Wars-inspired cover that isn’t what you’d expect. Continue reading to see them all.

5. Honey, I Shrunk the Kids 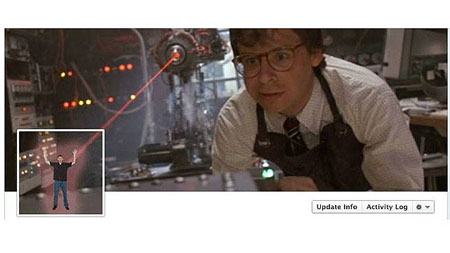 “Honey, I Shrunk the Kids” was released in 1989 tells the story of an inventor who accidentally shrinks his kids as well as his neighbor’s kids to 1/4 their original size with his electromagnetic shrink ray. Well, this is what the inventor’s Facebook Timeline might have looked like if the social media website existed back then. 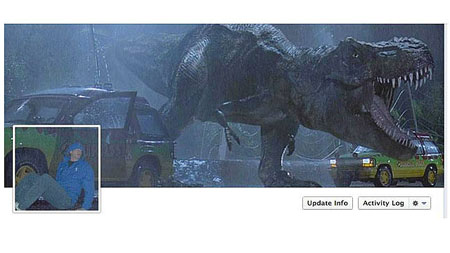 Believe it or not, the 1993 hit Jurassic Park is being re-released next year in 3D. With that said, did you know that the original film was produced on a budget of $63-million and brought in a whopping $914.6-milion in box office receipts? If not, now you know. Here is what one of the scenes would look like if this Facebook user was in it. 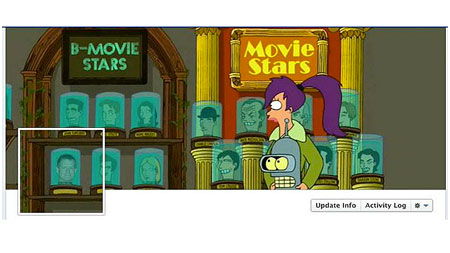 Futurama, an animated science fiction sitcom created by Matt Groenig, has had a storied past. The series aired on FOX from 1999-2003 before being canceled. Fast forward to 2010, Comedy Central begun airing all-new episodes, thanks to an agreement they made with 20th Century Fox. There have also been two films based on the animated series. What better way to celebrate this occasion, than with a geeky Facebook Timeline cover? 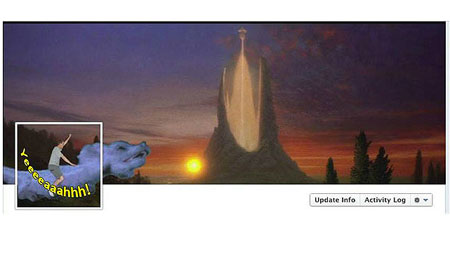 Originally released in 1984, The Neverending Story – directed and co-written by Wolfgang Petersen – was the most expensive film ever produced outside the USA and the USSR at the time, with a budget of $27-million. However, the gamble paid off big as the movie raked in $100-million in box office receits worldwide. This Facebook Timeline cover enables users to reenact a very famous scene. 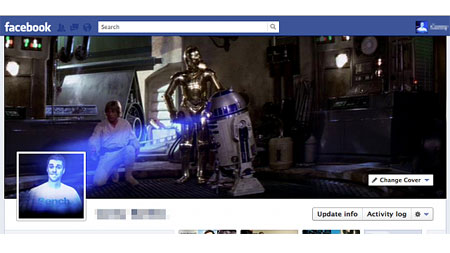 Just about everyone knows all the tiny details about the most successful space opera ever, so I won’t go into the tiny details. What I would like to focus on the ultra cool Facebook Timeline cover above, which shows R2-D2 projecting the Facebook user into their profile picture.

10 Cool and Creative Wallets for Geeks