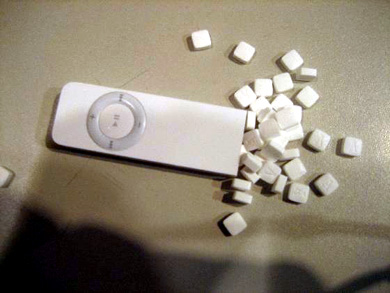 Your iPod isn’t only good for playing music, as this creative list will prove. Highlights include an iPod-controlled laser system and DJ mixer. Which one is your favorite?

The click wheel is smaller than a 12-inch analog. Actions on discs are almost same, but the size makes a big difference on usability. To be an iPod DJ, you gotta think about a new interactive controller to operate the players — combining the iPod’s interface as a module for a new DJ system.

Andrew Monks has created a strange iPod dock made from a 3rd-generation player. More pictures here.

…tearing open his existing iPod dock, jamming it through the top end of his 3G iPod (which we really hope wasn’t still functional), pushing it through a slot he fashioned in the glass of his defunct screen… 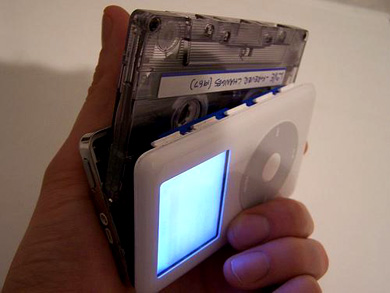 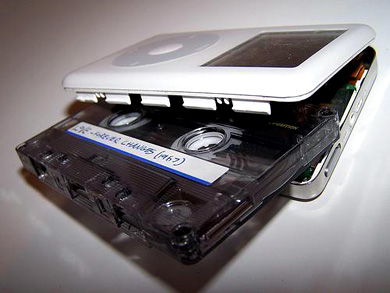 Unfortunately, this nifty looking WalkPod is just a concept, but we do commend the modder for leaving the screen intact and functional.

Take one Sony Walkman and integrate the Apple iPod face and you have yourself the WalkPod. No further details are available…Sony expects to sell “hundreds” of these devices within the first year, effectively doubling their music player sales

This creative mod is basically an NES controller that was converted into an iPod dock, allowing the user to control Doom with it.[Source]

This battery-operated laser system can be controlled using any audio device — including your iPod, computer, etc. — ” for the ultimate sound to light experience in your own home”.