The Troll A platform is a condeep offshore natural gas platform, and the tallest structure that has ever been moved to another position, relative to the surface of the Earth. It’s also among the largest and most complex engineering projects in history. The platform was a televised sensation when it was towed into the North Sea in 1996, where it is now operated by Statoil. Continue reading for more. 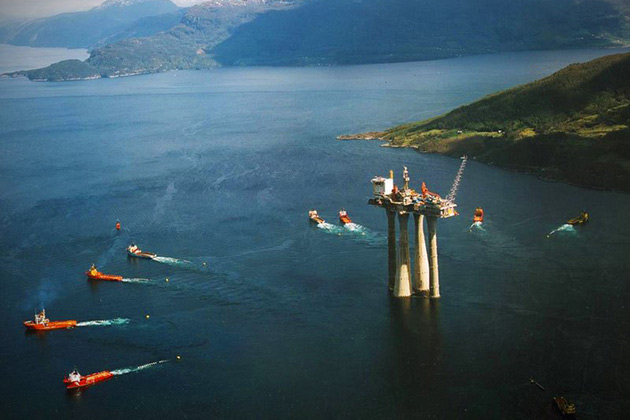 The Troll A platform has an overall height of 472 meters (1,549 ft), weighs 683,600 tons (1.2 million tons with ballast) and has the distinction of being the tallest structure ever moved by mankind. The platform stands on the sea floor 303 metres (994 feet) below the surface of the sea and one of the continuous-slip-formed concrete cylindrical legs (the leg containing the import and export risers) has an elevator that takes over nine minutes to travel.

4. Has Legs Made of 1-Meter Thick Steel Reinforced Concrete 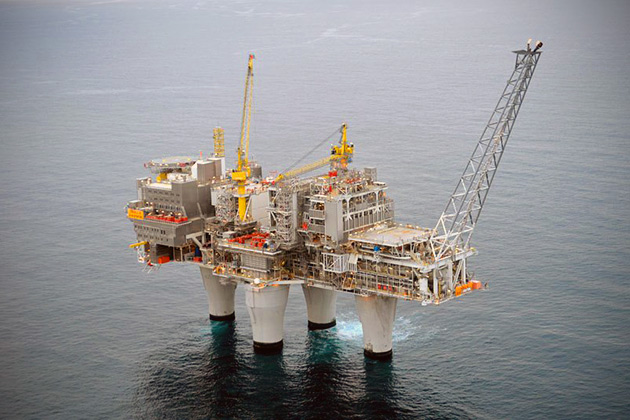 The walls of Troll A’s legs are over 1 metre thick made of steel reinforced concrete formed in one continuous pour (slip forming) and each is a mathematically joined composite of several conical cylinders that flares out smoothly to greater diameters at both the top and bottom, so each support is somewhat wasp-waisted viewed in profile and circular in any cross-section. 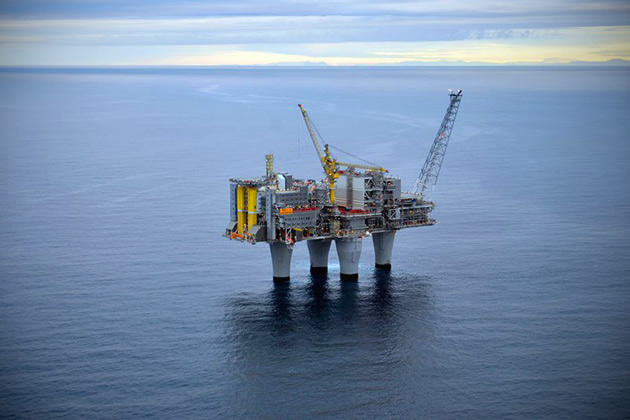 Troll A was built by Norwegian Contractors for Norske Shell, with base construction beginning in July 1991 at a cost of 4150 million NOK, or approximately US$650 million at the time. The base and the deck were built separately, and were joined in 1995 while the base was partially submerged. The base is a Condeep gravity base structure built from reinforced concrete. 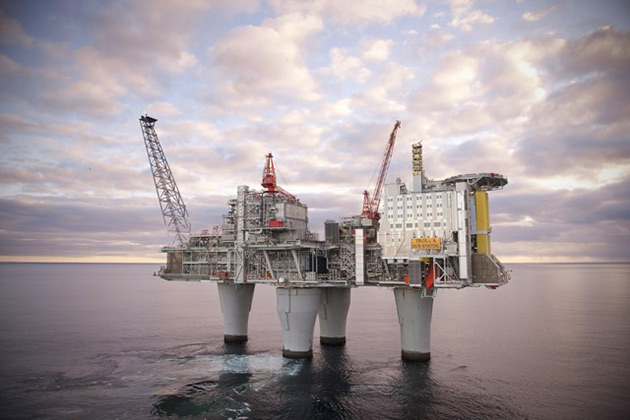 Gas rises from 40 wells, and is exported through a number of pipes, to a processing plant at Kollsnes. Troll A is scheduled to receive two additional gas compressors to increase production volume and compensate for dropping reservoir pressure in the wells.