While it may not be the most exciting discovery, it’s definitely one to marvel at. The misshapen circle above and accompanying dot are the first ever image to be taken of a planet orbiting a star over 63 light years from Earth – an image of a planet 370.44 trillion miles away. Continue reading for one more picture and additional information. 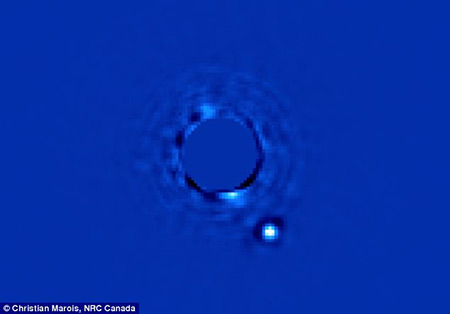 According The Daily Mail: “The image was taken by the world’s most powerful planet-hunting instrument, the Gemini Planet Imager (GPI), and is of a 10-million-year-old planet named Beta Pictorus b. Gemini has been under development for nearly a decade, but this is only the first image to be released by the instrument.”