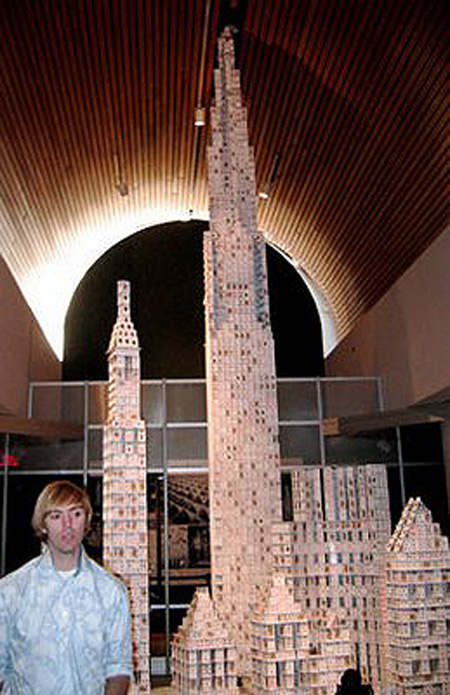 Bryan Berg, cardstacker extraordinaire, tries to take down his world-record setting card tower with a leafblower. But it’s made up of so many damn cards he barely puts a dent in it before the blower flames out