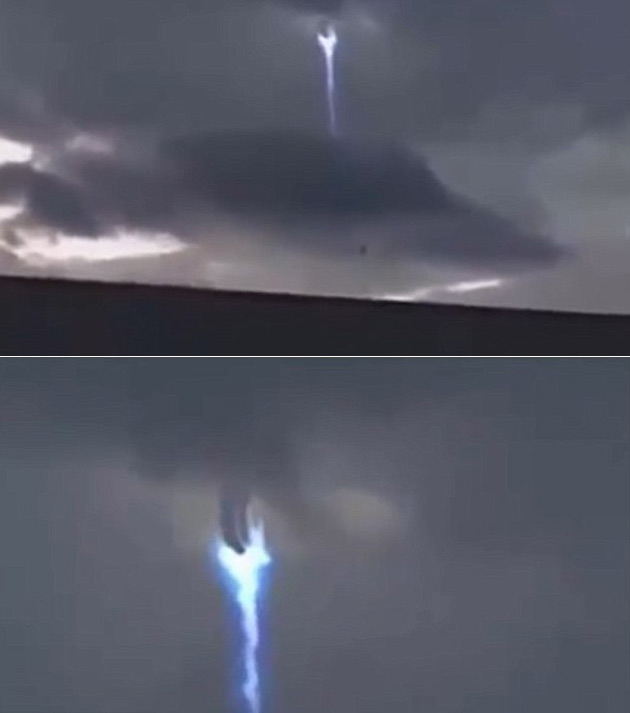 A mysterious video recently surfaced that shows an unidentified flying object either arriving or leaving Earth through a bright blue plasma-like wormhole. The footage was allegedly captured somewhere in Arizona on a stormy day. “Arizona is a famous hot-spot for UFOs and Alien bases, so its nice to get this substantial evidence of their existence in that area. This is an alien ship, shooting off through the clouds, leaving earth,” said Scott C Waring from UFO Sightings Daily. Continue reading for another video of a purported UFO crossing the moon.

“In the search for alien life, conspiracy theorists claim they have spotted a UFO crossing the moon. The object appeared as the Miami Observatory in Florida streamed a live feed of the moon’s surface earlier this month. It is unclear what the dark disc-shaped object is, but a well-known UFO enthusiast suggests that it is a craft created by an intelligent species,” reports The Daily Mail.