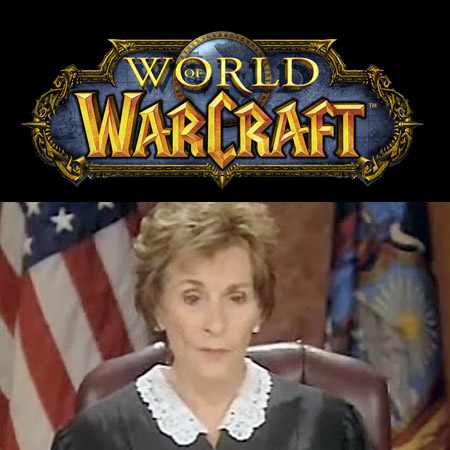 According to “javaman”, this was a recent Judge Judy case — reality TV show — where “a woman took her ex to court over unpaid bills she said were a result of him playing World of Warcraft rather than working.” Video snippet after the break. Here was the ruling: