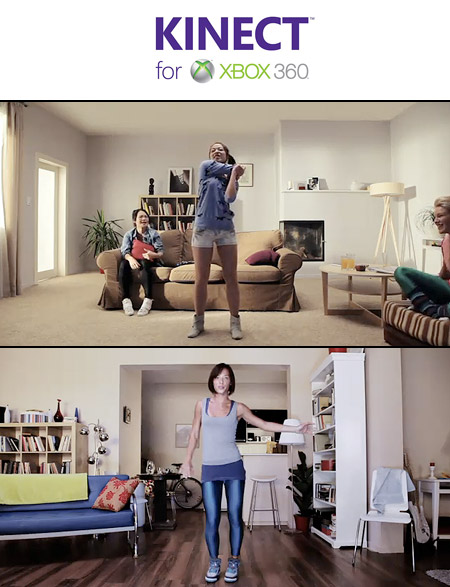 Microsoft has released the first Xbox Kinect commercial, but unfortunately, it’s “still as cheesy as the old Wii ones were, with 90% less game footage.” Continue reading to watch.

It’s the total lack of focus on software that’s really getting me, here. Ever since E3, Microsoft has been acting like Sony circa 2007, with its conflicting marketing messages and emphasis on hardware over software.