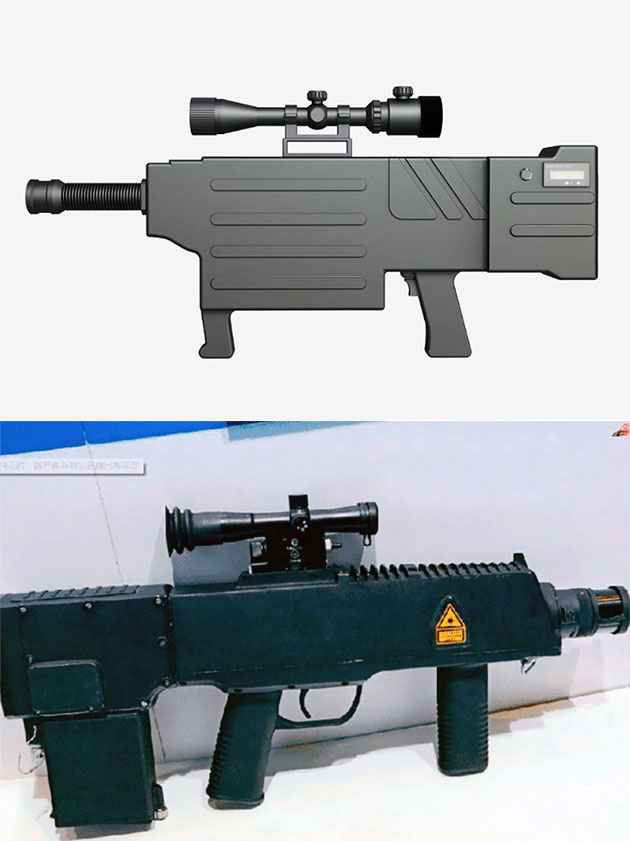 The ZKZM-500 Laser Assault Rifle by China-based Xian Institute of Optics and Precision Mechanics was modeled after the AK-47, but unlike its low-tech counterpart, this weapon is accurate up to 800-meters away and causes ‘instant carbonization’ of human skin. It’s also capable piercing through metal gas tanks to ignite the fuel within, while remaining completely silent and with an invisible beam to boot. On a full recharge, you’ll reportedly be able to fire up to 1,000, 2-second bursts. Click here for the first image in today’s viral picture gallery. Continue reading for the five most popular viral videos today, including one of the darkest Disney fan theory ever.

5. The Darkest Disney Fan Theory Ever

4. Nine Calligraphers Who Take Lettering to the Next Level

2. Finding a Lost Apple Watch with an Underwater Drone

This is What Happens When You Train Google’s DeepMind AI to Play an FPS, Like Quake 3