You’d think that putting up a billboard ad of sorts would be easy enough, but not for this construction team, as they managed to misplace the front and back. We’ve rounded up twelve more bizarre job FAILS that might puzzle you for your viewing enjoyment. Continue reading to see them all. 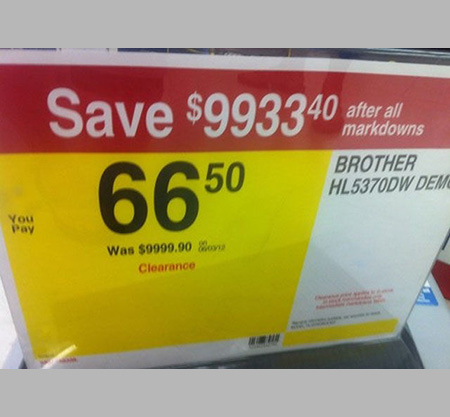 There’s absolutely no way a Brother printer could have a retail price of $9999.90, so you can chalk it up to this store to make shoppers believe that it’s actually on clearance after marking it down $9933.40. 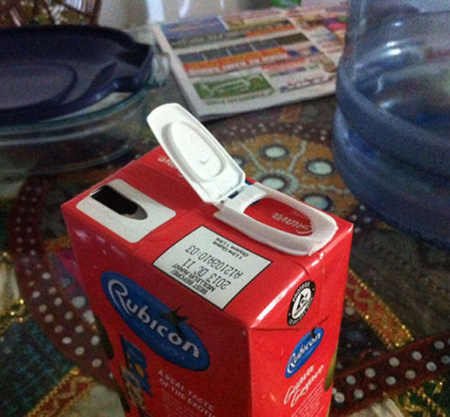 Yes, the manufacturing plant forgot to puncture a pour hole for this carton of milk, leaving it up to the unfortunate buyers to do it themselves. 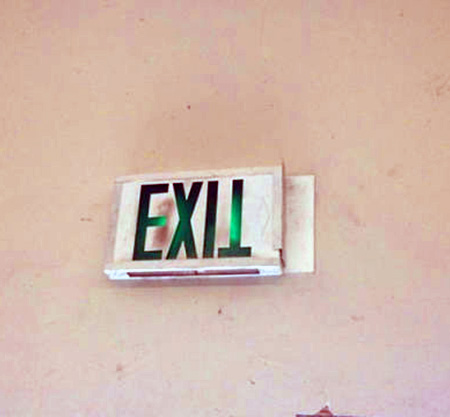 The blame for this sign has to lie solely on the manufacturer because there’s no way a construction crew could have flipped the letter “T” upside down without things looking patched up. 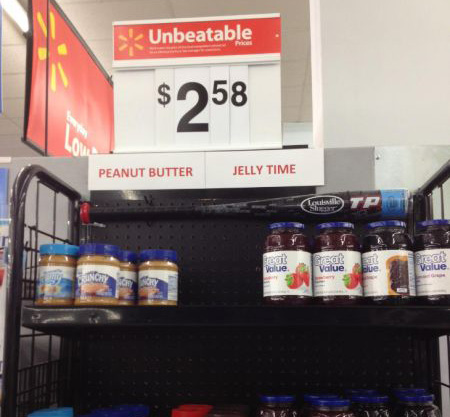 Internet uses know that this meme involves a banana dancing to the song “Peanut Butter Jelly Time” by the Buckwheat Boyz. Now this store employee is most certainly a fan, and the placement of these two products shows why. 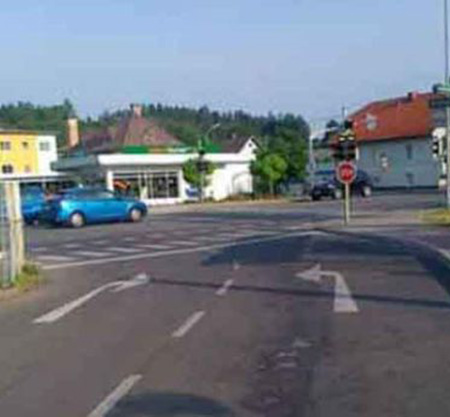 To cause accidents, make sure you paint the two turn lanes colliding with each other. Whether or not these construction workers were drunk is still debatable, but one thing’s for sure, this will cause mass confusion. 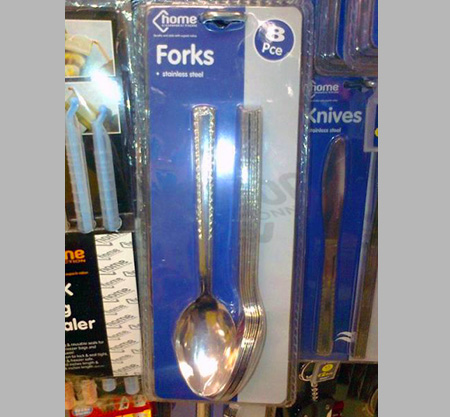 While spoons can be used in place of forks, or at least for some foods, we’re not sure how a company could screw up an entire shipment without noticing. Let’s just hope that these were discounted. 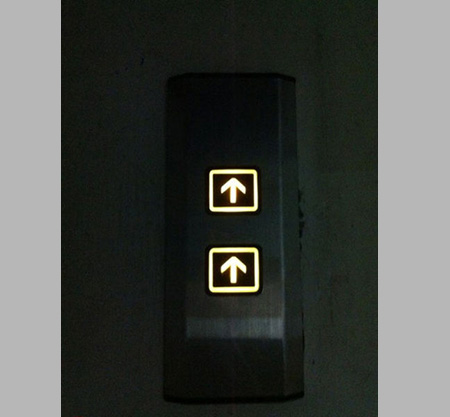 Wouldn’t it be great if there were dedicated up and down elevators? Probably not, but here’s one elevator that appears to only go up and not down. 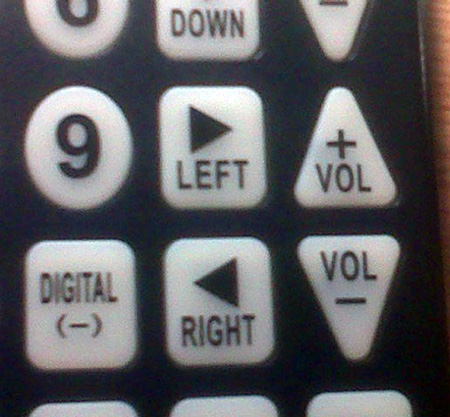 Most remotes don’t have a direction pad / arrows, but this one does, and to top it off, the left and right buttons are mislabeled. 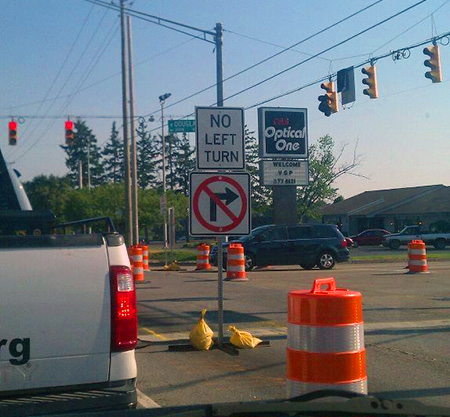 When is a no left turn sign, not just a left turn sign? When it tells you that there are no right turns allowed. Hey, at least you have an excuse if a cop pulls you over for an illegal turn. 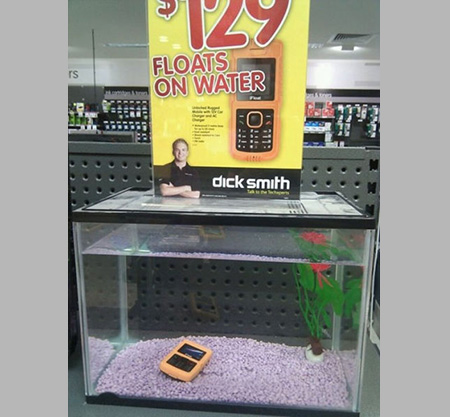 First off, Dick Smith is a brand of cell phones we rarely hear of, and probably for good reason. This handset was touted to float on water, but this live demonstration would like to prove otherwise. 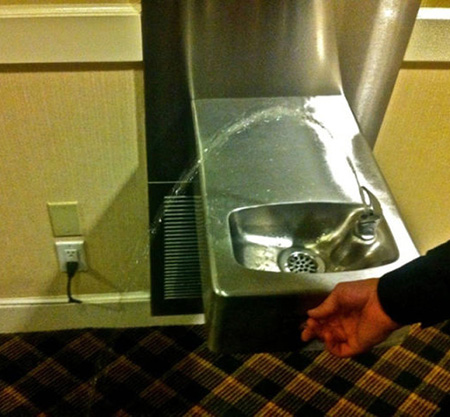 Unless this drinking fountain was designed to water a pot of plants placed near it, there’s not reason the stream should be shooting directly over the basin and onto the floor below. 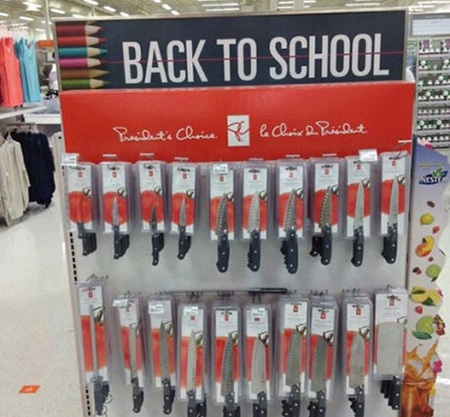 Knives are probably the last thing students look for when going back to school, that is unless…you’re attending culinary classes, which most aren’t. However, this is clever placement for parents to quickly notice.