Marc Gurman of 9to5 Mac gives us a first look at the redesigned 12-inch MacBook Air, which is reportedly to have only one port. The company is aiming to make this model even slimmer than the 11-inch model, or to be more specific, a quarter inch narrower with just a headphone jack and a single USB Type-C port. There are also rumors that the 12″ will come in both slate gray and silver, but no pricing or technical specifications have yet been announced. It will most likely be announced at WWDC at the Moscone Center on June 8, 2015. Continue reading for a picture of the keyboard and additional information. 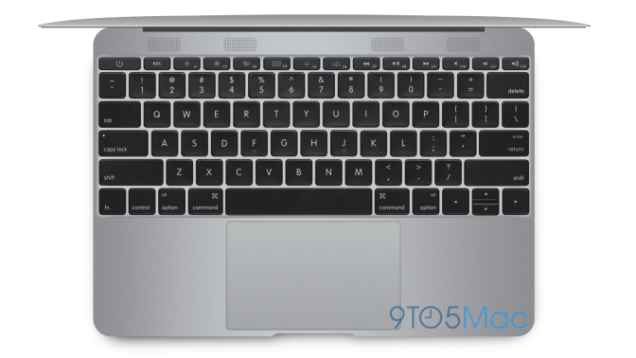 “They’re also evidently narrowing the amount of space in between the keys to squeeze them together a little bit more. Meanwhile, the trackpad will no longer click in order to make the body thinner. It almost sounds like some sort of feature liquidation, all designed to make this machine as sleek as possible,” reports Gizmodo.

3 Awesome Pocket Projectors That Let You Play Games, Watch Movies on Any Wall

BelfieStick Might Be Dumbest Smartphone Accessory Yet, Designed for Butt Selfies