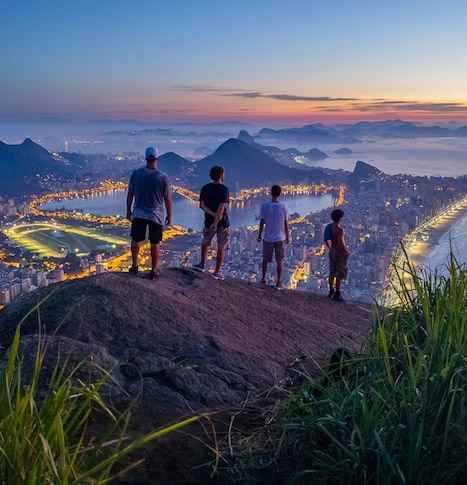 Rio de Janeiro (above) is the second largest city in Brazil, the sixth largest city in the Americas and the world’s thirty-fifth largest city by population. It’s one of the most visited cities in the Southern Hemisphere and is known for its natural settings, carnival celebrations, samba, bossa nova, and balneario beaches. Some of the most famous landmarks in addition to the beaches include the giant statue of Christ the Redeemer atop Corcovado mountain, named one of the New Seven Wonders of the World. Continue reading for more.