Transformers and muscle car fans rejoice! The original 1967 Chevrolet Camaro SS featured in Transformers 4: Age of Extinction is being auctioned of by Barrett Jackson later this month. For those who don’t remember, the vehicle plays Bumblebee before it’s replaced by a futuristic Camaro SS concept. Where has it been since filming? In the garage of none other than director Michael Bay. Notable modifications include: a widebody kit w/flared wheel arches, a large front splitter, larger wheels, matte yellow accents, Transformers badges and a bootlid lip spoiler. Continue reading for the full Bumblebee and Hound vs. Vehicons scene from Transformers 4: Age of Extinction, along with more pictures of the vehicle. Click here to view bonus images of a massive Optimus Prime robot made entirely from scrap metal. 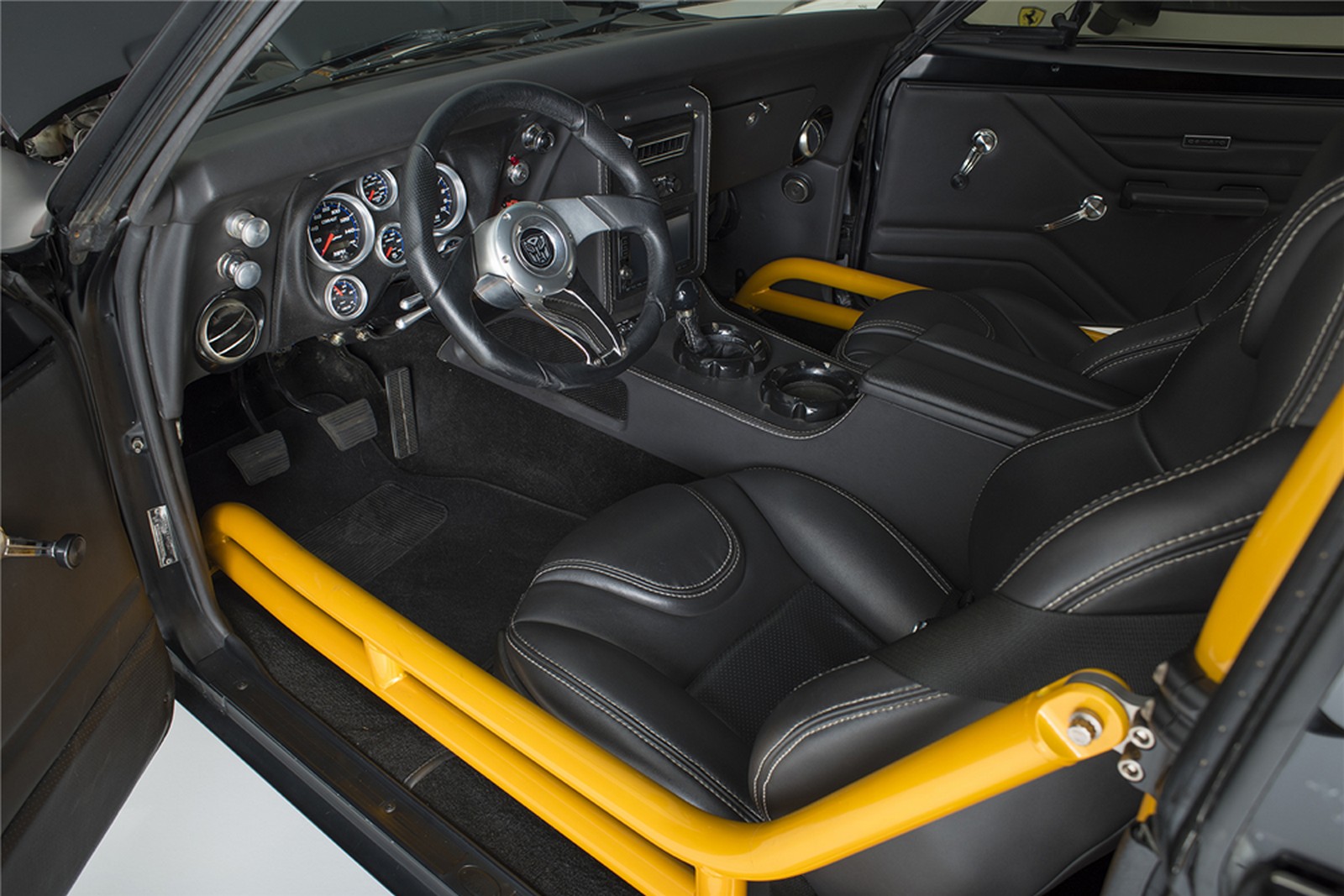 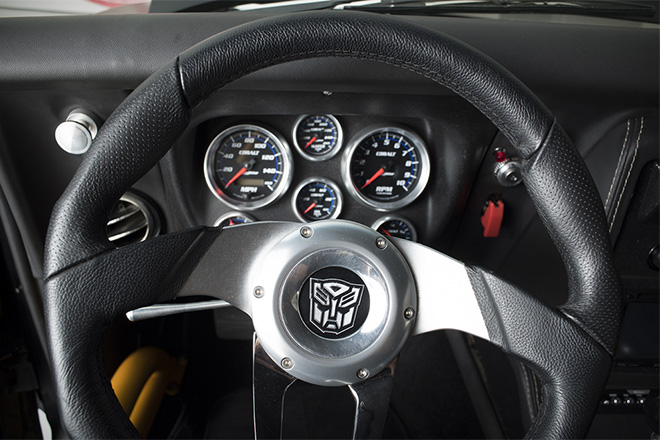 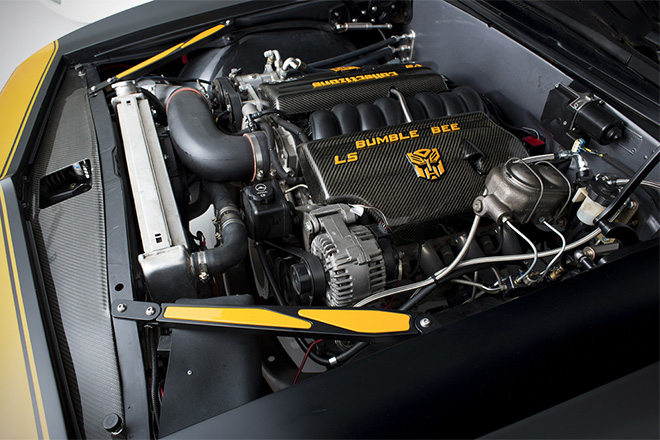 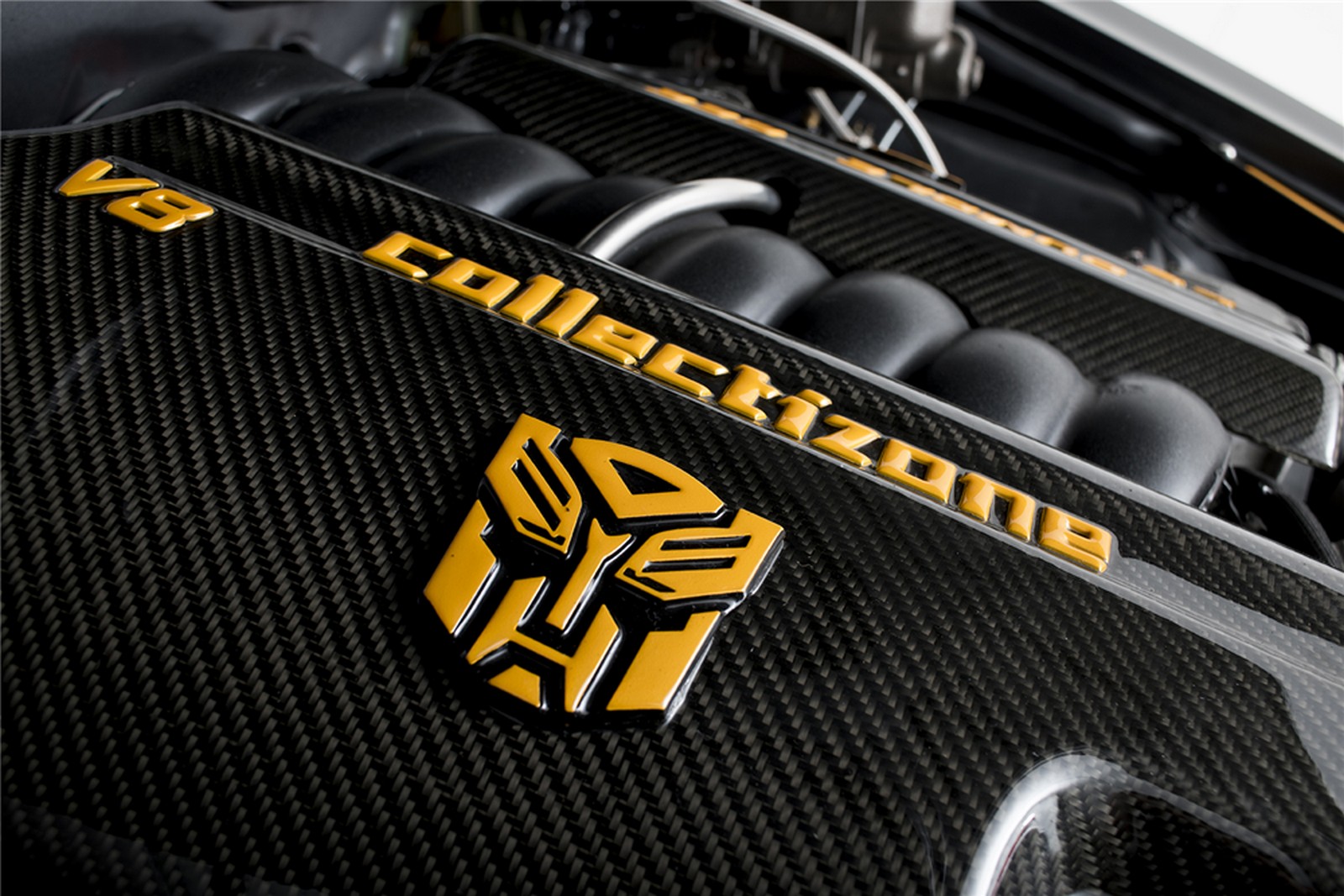 “Under its hood is a large naturally-aspirated Chevrolet V8, while other custom components include brakes from Wilwood and a bespoke suspension system. While many film cars feature poorly-appointed interiors, this one has been beautifully finished in black leather with white stitching and includes large braces along the side to strengthen the chassis,” reports Car Scoops.