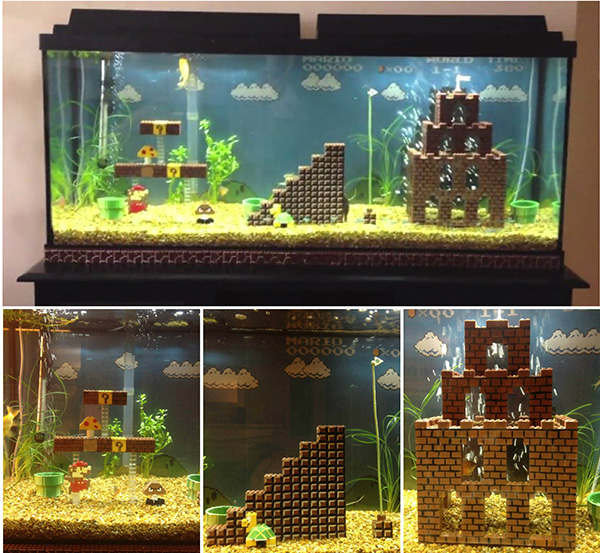 Unlike other aquariums, this 55-gallon example looks to be a stage straight from the original Super Mario Bros. game. It was created by graphic designer and blogger Kelsey Kronmiller, taking approximately 336-hours to complete. According to Kelsey, the number of coins will be tied to the number of fish in the tank once it’s fully set up. She plans on filling it with Electric Blue Jack Dempseys.