Bioengineers, led by Jordan Miller, from Rice University and the University of Washington (UW) used living cells, hydrogels, and a DLP printer to create an air sac surrounded by multivascular tubes that mimics the behavior of a real human lung. “Tissue engineering has struggled with this for a generation. With this work we can now better ask, ‘If we can print tissues that look and now even breathe more like the healthy tissues in our bodies, will they also then functionally behave more like those tissues?’,” said Kelly Stevens, a bioengineer from the University of Washington who also led the project. Read more for a video and additional information.

“Tests of the lung-mimicking structure showed that the tissues were sturdy enough to avoid bursting during blood flow and pulsatile ‘breathing,’ a rhythmic intake and outflow of air that simulated the pressures and frequencies of human breathing. Tests found that red blood cells could take up oxygen as they flowed through a network of blood vessels surrounding the ‘breathing’ air sac’,” according to a Rice University newsletter. 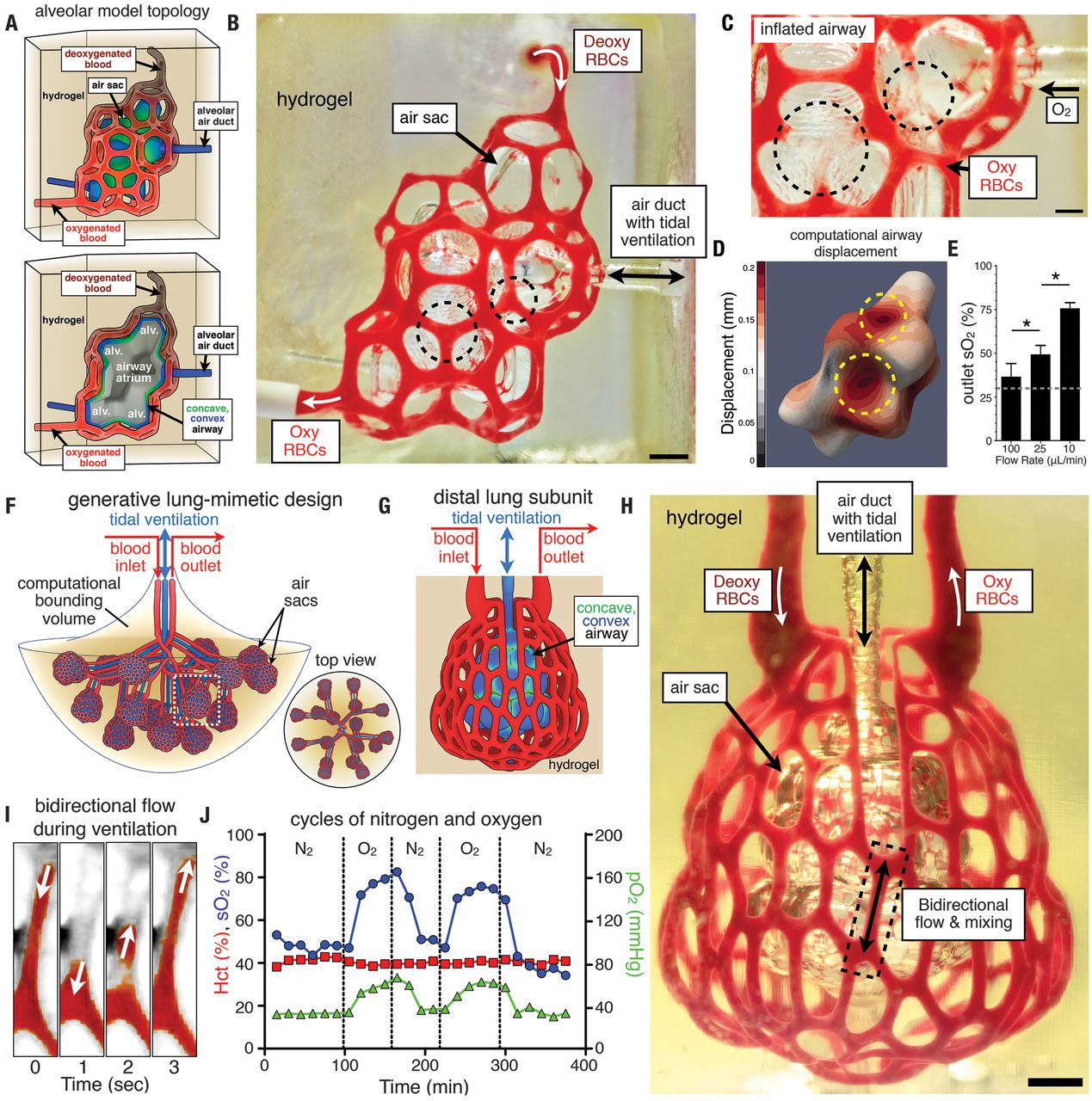