A group of Students from UC Santa Cruz decided to plaster the E2 building with 6400 Post-it Notes, taking inspiration from the classic Donkey Kong game. It took ten people around five hours to complete. Hit the jump for more pictures.

Donkey Kong (Miyamoto, et. al.,1981) was the first appearance of the Itallian plumber we now know as Mario. While this game’s early ’80s arcade popularity predates most of today’s engineering students, it represents the amazing results that a small development team can produce. Today Donkey Kong is ranked as the 3rd most popular arcade game of all time, selling over 65,000 units. Currently this work is visible at the E2 building at UCSC, it is scheduled to be removed on or before May 1 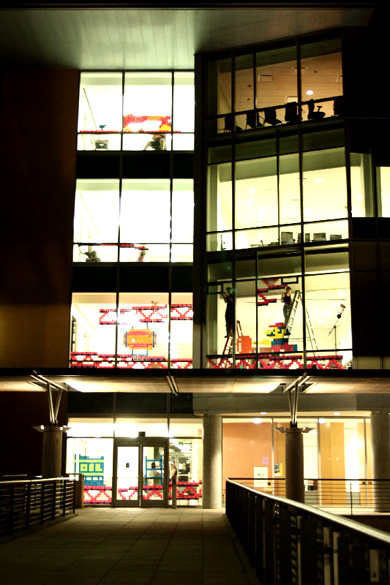 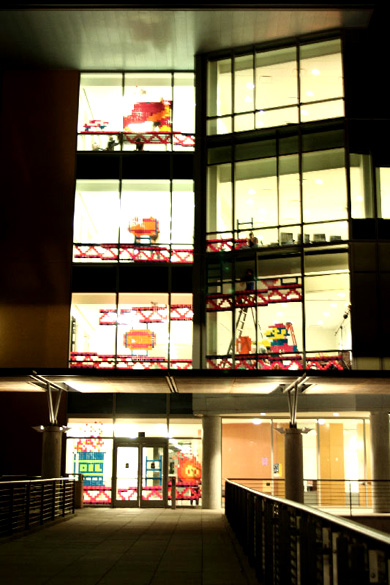 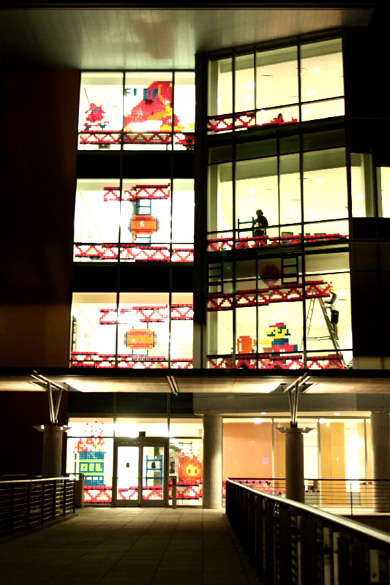