While there has been no official name given to the double face illusion above, it can be likened to Ruben vase, a famous set of ambiguous or bi-stable two-dimensional forms developed around 1915 by the Danish psychologist Edgar Rubin. The visual effect generally presents the viewer with two shape interpretations, each of which is consistent with the retinal image, but only one of which can be maintained at a given moment. This is because the bounding contour will be seen as belonging to the figure shape, which appears interposed against a formless background. If the latter region is interpreted instead as the figure, then the same bounding contour will be seen as belonging to it. Continue reading for more awesome optical illusions that were designed to boggle your mind.

Believe it or not, when you remove the black bars, you will see that both blocks are always moving in parallel with each other and that the black bars are actually distorting your brain’s deception of movement.

Simply stare at the green dot for too long and the you’ll see the yellow spots disappear. However, once you blink they will return. It’s called Troxler’s fading, an optical illusion affecting visual perception. When one fixates on a particular point for even a short period of time, an unchanging stimulus away from the fixation point will fade away and disappear. 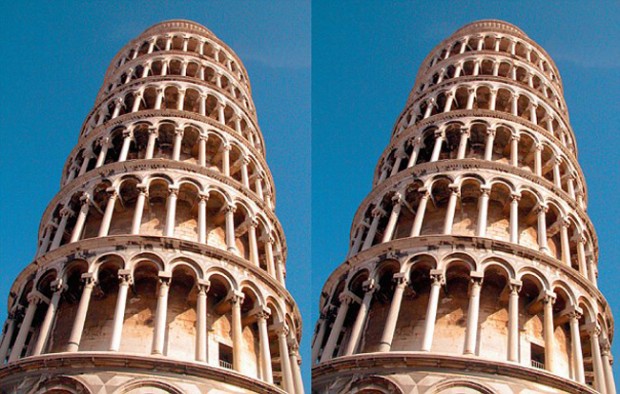 Though photograph of the Leaning Tower of Pisa on the right appears to lean more to the right, they are actually identical photographs, and the towers are parallel. That’s right, if two towers are placed parallel, then from a ground perspective they�d eventually converge into one another, so when your eyes and brain see two towers that are parallel, they assume that they must be moving apart as they rise into the air and create the resulting illusion. 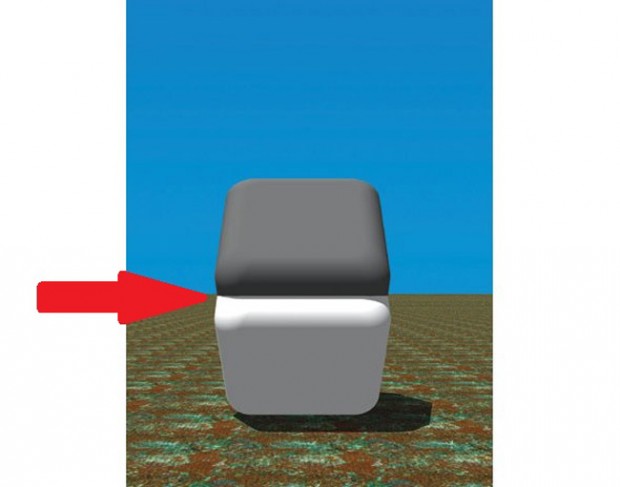 At first glance, it appears as if the top square is a much darker shade than the bottom, but in reality, they’re both the same color except at the edges. Just hold your finger completely over the boundary between the two shapes to see for yourself.

For this illusion to work, just stare at the center of the first colored image, and then wait for it to change to monochrome. No, you aren’t going crazy, rather than the image converting to black and white, your brain fills it in the color it thinks you should be seeing, based on the orange and blue photo. Simply blink and it will be transformed back to black and white.

Most Siberian Huskies Look Menacing, This One was Raised by Cats