NASA’s Curiosity Rover may be in full swing right now, but it’s definitely not the first space vehicle to transmit pictures of the Red Planet. We’ve rounded up five bizarre things that have been spotted on Mars during past missions, including the mysterious “Crowned Face” above. Continue reading to see more. 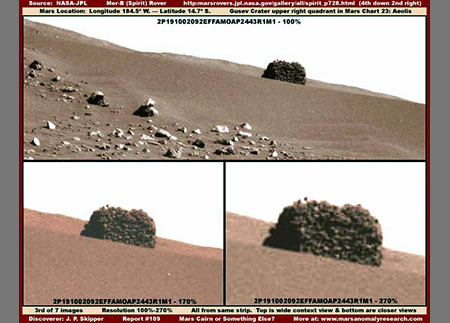 This particular scene is imaged from the Spirit rover Panoramic camera on Sol 726 and the rover location is elevated just enough in the terrain to see some background behind the object and a little more of the terrain it appears to sit in. I include this scene here to provide general site context wider area terrain information and to demonstrate how alone and what a sharp stand out this object is in this terrain. 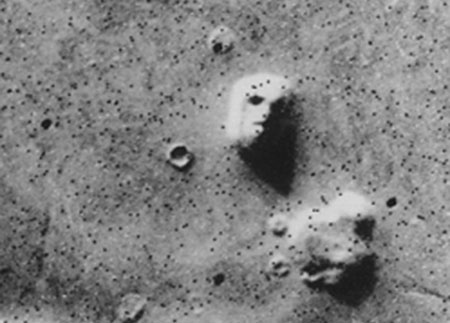 The Viking images presented us with a mesa and a reason to suspect artificiality – its seemingly improbable humanoid-face-like appearance. However, as is well known, face-like images sometimes appear in clouds, profiles of mountains, and various other random or visually noisy scenes. This is simply because remarkably regular patterns frequently arise by chance, even when the a priori odds are billions to one against that happening. 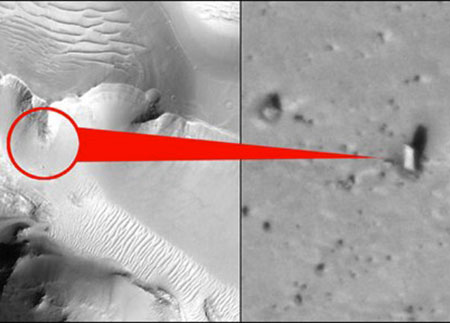 The object in question was first spotted several years ago after being photographed by the HiRISE camera onboard the Mars Reconnaissance Orbiter, a NASA space probe; every so often, it garners renewed interest on the Internet. But is it unnatural – a beacon erected by aliens for mysterious reasons, and even more mysteriously paralleled in the imaginations of Stanley Kubrick and Arthur C. Clarke, creators of “2001”? Or is this rock the work of nature? 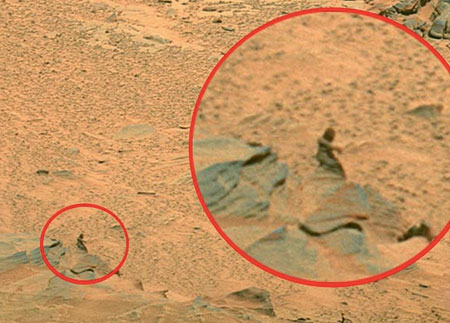 NASA posted a photograph (PIA10216, Google it-same photo as the woman figure was found!) taken by the Mars Spirit Rover on their web site that bloggers around the world began scanning over carefully in order to catch anything that NASA may have accidentally let slip through. To everyone’s amazement some anonymous person in Asia did and posted it on the Internet causing widespread excitement over the possibilities of life existing on Mars. 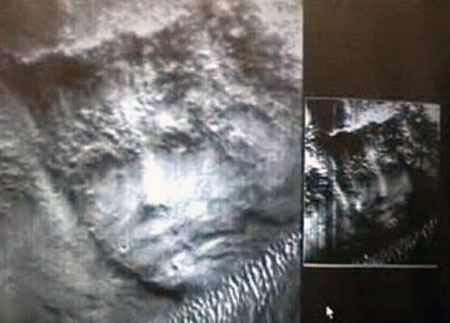 Another researcher, Greg Orme, has found in the MARS GLOBAL SURVEYOR archive a “Crowned Face”. It is perhaps 11 miles wide and situated near Syrtis Mayor. All these images were already photographed by Mariner 9 and Viking 1 and later published in several scientific books in the last years, first of all by myself in several newspaper articles in Germany and Austria during 1979 and 1981.