Technically speaking, apparitions, better known as ghosts, is supposedly the spirit of a deceased person that appears or become manifest to the living, typically as a nebulous image. With today’s photo editing technology, just about any image can contain a ghost, but there have been some peculiar sightings over the years, and we’ve rounded up five of them for your viewing enjoyment. The above photo was reporteadly taken during youth basketball practice, showing three Army Air Corp officers from WWII sitting in the bleachers. Continue reading for more. 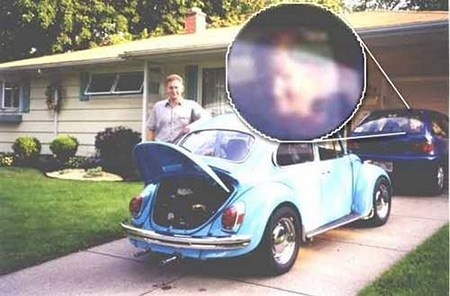 This picture was taken in the 1960s, when a family had just purchased a new car. As they were showing it off for the camera, the face of a man mysteriously appeared in the back window of the other car in the driveway. There was nobody in either car at the time, so it was a shock for them to find they had taken an apparent ghost picture. What made it even more of a shock was that the face looked very much like the deceased father of the man posing for the picture. 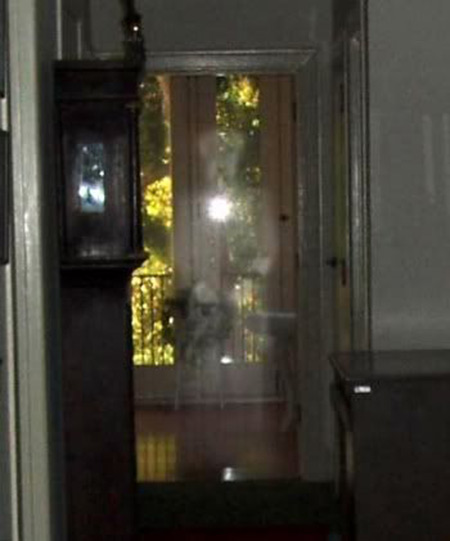 According to Carrie Brewster, this picture was taken at the Bard Mansion on the Port Hueneme Naval Base in Ventura, California of which his family once lived on Aug 6, 2005. The camera used was a 4.0-megapixel Olympus Stylus. As you can see, a faint figure appears in the middle where the light is shining. 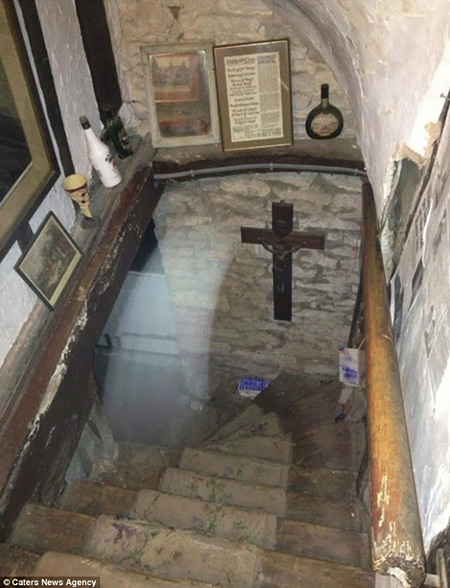 Ram Inn is claimed to be Britain’s most haunted B&B, one so terrifying that guests have even jumped out of the windows. The Ancient Ram Inn, in the village of Wotton-under-Edge, Gloucestershire, is believed to be riddled with up to 20 spectres who torment the paying punters of the 12th century home. Is that a ghost on the staircase? The Ram Inn, built in 1145, has long been home to a variety of spooks. 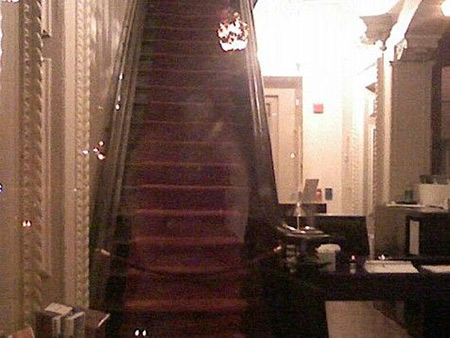 Hull House, Chicago ghost photo, June, 2007. A couple doing a ghost tour snapped this pic using a cell phone with no flash. Hull House was a settlement house in the United States that was co-founded in 1889 by Jane Addams and Ellen Gates Starr. While a great many erroneous stories have circulated about the building, Addams is known to have spoken to several friends about one of the front bedrooms on the second floor being haunted – she and a friend once thought they saw a “woman in white” ghost there, and the same ghost was later seen by a group of girls when the room was used as a dressing room for the adjacent theater. 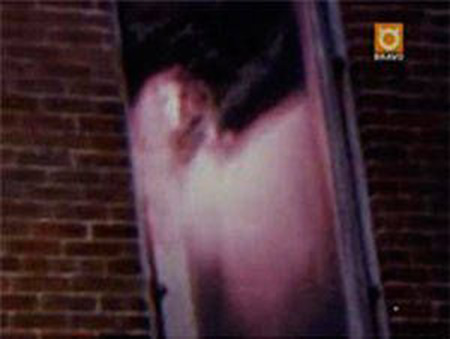 This picture was taken in Greencastle, Indiana, at the Ohare mansion. There is a well known story of the famous Pink Lady ghost, and ghost hunters caught her both on film and video. After being featured on a television show, the footage was subjected to heavy photo analysis, and ended up showing no evidence of tampering or fraud.