The Apple Bandai Pippin is a multimedia technology console, designed by Apple Computer. The console was based on the Apple Pippin platform – a derivative of the Apple Macintosh platform. Bandai produced the ATMARK and @WORLD consoles between 1995 and 1997. Bandai manufactured fewer than 100,000 Pippins, but reportedly sold 42,000 systems before discontinuing the line. Production of the system was so limited, there were more keyboard and modem accessories produced than actual systems. 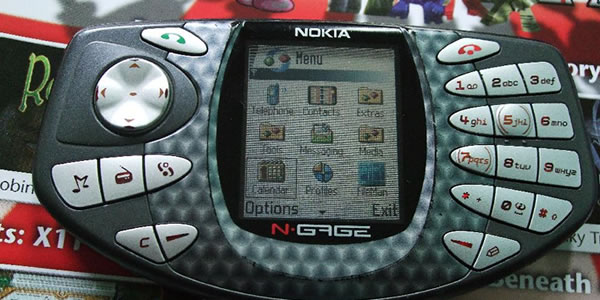 The N-Gage is a smartphone and handheld game system from Nokia, released on October 7, 2003. It runs on the original Series 60 on Symbian OS v6.1. N-Gage attempted to lure gamers away from the Game Boy Advance by including mobile phone functionality. This was unsuccessful, partly because the buttons, designed for a phone, were not well-suited for gaming and when used as a phone the original N-Gage was described as resembling a “taco”. In 2005, Nokia announced that it would move its N-Gage games capabilities onto a series of smartphones. This was announced as the N-Gage platform in 2007 and was released in beta form in February 2008. On October 30, 2009, Nokia pronounced the end of the N-Gage service. 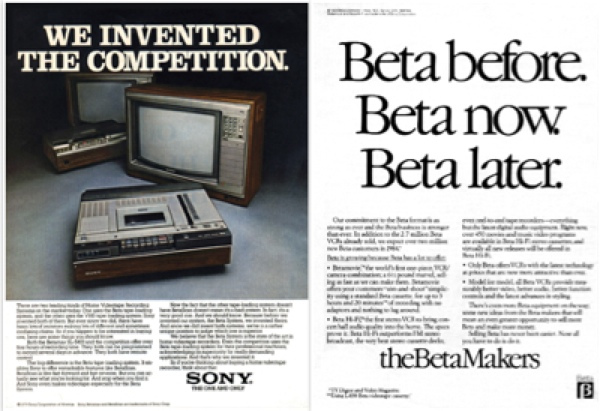 Betamax is a consumer-level analog videocassette magnetic tape recording format developed by Sony, released in Japan on May 10, 1975. By 1980, JVC’s VHS format controlled 60% of the North American market.[9] The large economy of scale allowed VHS units to be introduced to the European market at a far lower cost than the rarer Betamax units. In the United Kingdom, Betamax held a 25% market share in 1981, but by 1986, it was down to 7.5% and continued to decline further. By 1984, forty companies utilized the VHS format in comparison with Beta’s twelve. Sony finally conceded defeat in 1988 when it, too, began producing VHS recorders (early models were made by Hitachi), though it still continued to produce Betamax recorders until 2002. 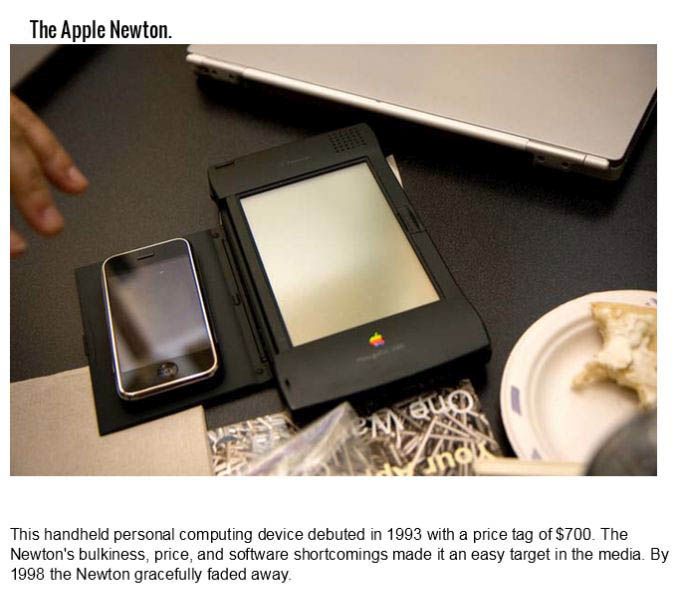 The Newton platform was a personal digital assistant developed by Apple Inc.. Development of the Newton platform started in 1987 and officially ended on February 27, 1998. Some electronic engineering and the manufacture of Apple’s Newton devices was done by Motorola. Before the Newton project was canceled, it was “spun off” into an Apple wholly owned subsidiary company, Newton Inc., but was reabsorbed several months later when Apple CEO Gil Amelio was fired by the board and Steve Jobs took over as then interim CEO. Two ex-Apple Newton developers founded Pixo, the company that created the operating system for the original iPod. 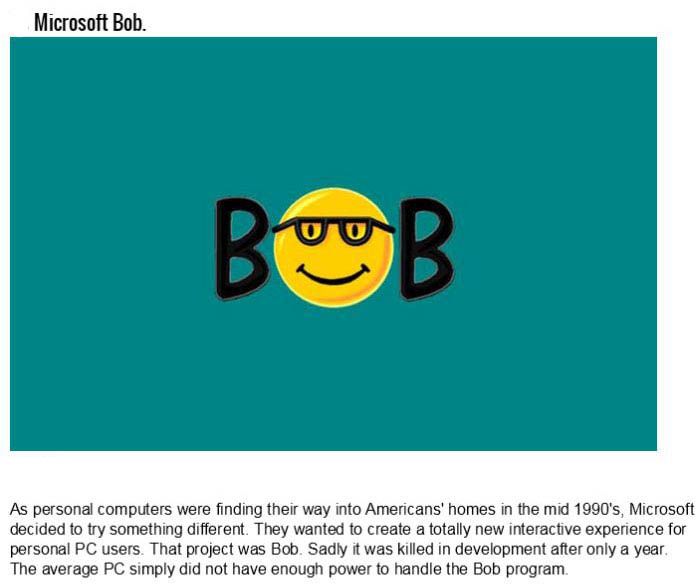 Microsoft Bob was a 1995 Microsoft software product, intended to provide a more user-friendly interface for the Windows 3.1x, Windows 95 and Windows NT operating systems, supplanting the Windows Program Manager. Microsoft Bob presented screens showing a “house”, with “rooms” that the user could go to containing familiar objects corresponding to computer applications � for instance, a desk with pen and paper, a checkbook, and other items. Clicking on the pen and paper would open the word processor, and so forth. A cartoon dog named Rover and other cartoon characters provided guidance using speech balloons. Microsoft Bob was much criticized in the press, did not gain wide acceptance with consumers, and was not a successful or long-lived product. 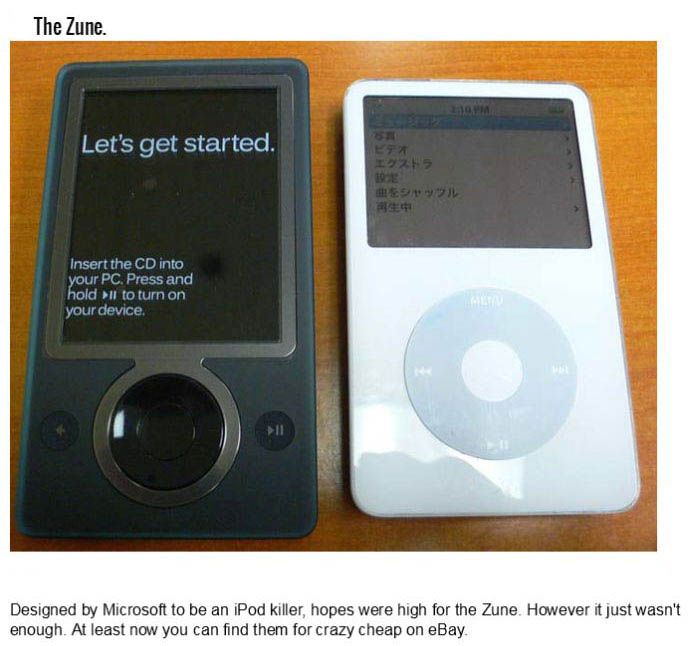 Zune was a brand of digital media products and services developed by Microsoft. Zune included a line of portable media players. On March 15, 2011, Microsoft announced that no new Zune hardware players would be developed, although existing models would remain for sale. The Zune had failed to capture significant market share after five years against the Apple iPod, and a recent study by NPD Group indicated that the Zune did not make the list of the five best-selling portable music players in the U.S. It has also been suggested that there is a much larger trend that standalone music players were giving way to smartphones with personalized, app-driven music.

Photographers Show Why Bears Aren’t as Menacing as You Think, These 20 Images Prove It

Pranking Someone at Work is One Thing, This Guy Took Things Too Far